Kapil Sharma’s THIS video showcases his yet another hidden talent

Kapil Sharma proves he is a pro guitarist, watch video 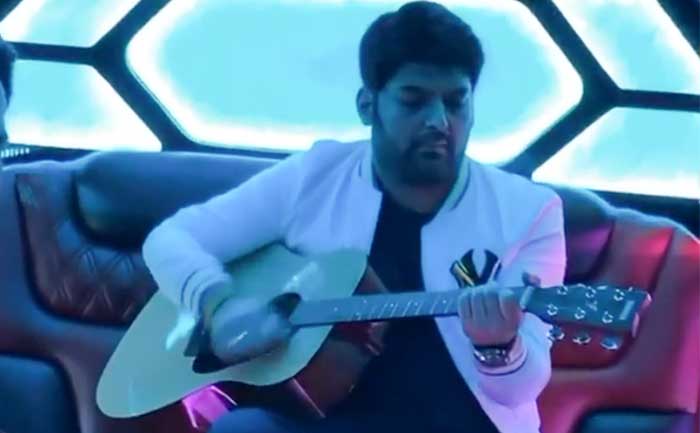 Kapil Sharma and his team are currently in Dubai and they have finally delivered their first live performance of The Kapil Sharma Show. Kapil Sharma is not only a popular comedian but a great actor as well. Besides his acting and comedy skills, we have just introduced with yet another skill that Kapil Sharma has. Yes, Kapil Sharma is an amazing guitarist as well. Kapil Sharma Playing Guitar Video Goes Viral

Produced by Salman Khan, The Kapil Sharma Show is doing exceptionally great at BARC TRP Chart and getting enormous response from fans. Kapil Sharma’s show has become a huge platform for Bollywood and Tollywood celebs to promote their upcoming movies. Yes, his show has been graced by some biggies including Salman Khan, Shah Rukh Khan, Akshay Kumar and Prabhas.

Apart from being an actor and comedian, Kapil Sharma appears to be a pro guitarist. Yes, you read that right. The video of Kapil Sharma playing the guitar from his Dubai trip has gone viral on the internet. If you look at the video, Kapil seems to be enjoying it.

Kapil Sharma and his wife Ginni Chatrath were blessed with a baby girl in 2019.