After 'Love Aaj Kal,' Kartik Aaryan and Sara Ali Khan will be reportedly reuniting for yet another film. 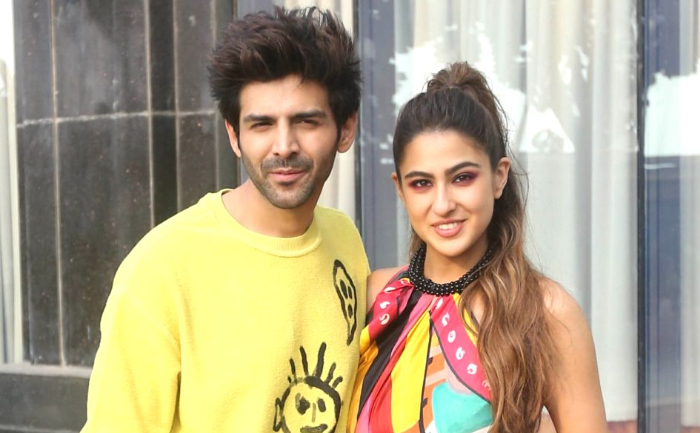 Kartik Aaryan and Sara Ali Khan’rumored relationship have been the talk of the town, first for their alleged romance and then for the breakup rumours. However, the duo never confirmed nor denied their relationship. The two were also shared the screen together for the first time in the 2020 film, ‘Love Aaj Kal.’ It was a sequel of Saif Ali Khan and Deepika Padukone starrer with the same name which hit the screens in 2009.

Now, according to a report by the Times Of India, Kartik and Sara are all set to reunite yet again. The film will be backed by Sajid Nadiadwala. “The production house is keen on signing Sara and are now planning to approach her for the film,” added the report.

The report states that a new romantic film may be on the cards for Kartik and Sara. Well, we wonder if this project is ‘Satyanarayan Ki Katha’, which marks Kartik’s first film with Nadiadwala.

Earlier, it was reported that Shraddha Kapoor will play the female lead in the film. However, an official confirmation is yet to be made.

Meanwhile, Sara Ali Khan has just finished shooting for ‘Atrangi Re’ with Akshay Kumar and Dhanush, directed by Aanand L Rai. The film is backed by Bhushan Kumar and penned by Himanshu Sharma. Apart from this, the ‘Coolie No 1’ star will reportedly star in The Immortal Ashwatthama with Vicky Kaushal.

Whereas, Aaryan will next be seen in a remake of comedy ‘Bhool Bhulaiyaa’ and thriller titled, ‘Dhamaka’ that is releasing directly on Netflix.