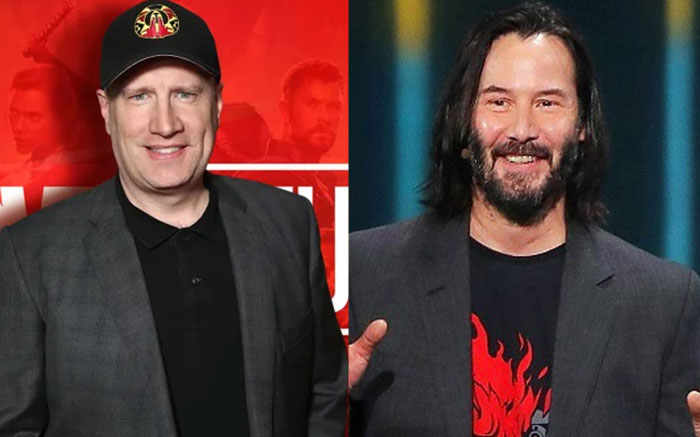 Hollywood star Keanu Reeves has been making headlines for many days due to his recent or upcoming movies or his appearance in Cyberpunk 2077.  The latest reports are suggesting that Keanu Reeves is in talks to join the popular Marvel Cinematic Universe. Yes, if the report turns true, The Matrix actor will be seen as a Superhero in Marvel’s next film.

Notably, Keanu Reeves was last seen in the third part of his John Wick Franchise. Yes, the actor has been working in John Wick since it’s part one. Keanu Reeve’s recent release titled John Wick 3 Parabellum turned out to be a blockbuster.

There were reports doing the rounds that Reeves has joined the Toy Story franchise by lending his voice for Duke Kaboom in Toy Story 4, which is all set to release on 21 June 2019.  Having roped in Marvel Cinematic Universe news has been confirmed by none other than Marvel Studio head Kevin Feige.

The report comes days after Keanu had expressed his desire to work in Superhero movies. Kevin has reportedly sealed the deal with the statement confirming that Marvel Studios has been in touch with Keanu for a long time now. The producer, speaking with Comicbook.com, revealed that Keanu was in consideration for almost all MCU movies made till date. Yes, the actor could have made an MCU debut in one of the 22 movies released over the past decade.

Confirming the same, Feige said, “We talk to him for almost every film we make.” You must be thinking then why didn’t he make a debut yet? They said that Marvel Studios is still searching for the perfect role for Keanu. “We talk to Keanu Reeves about. I don’t know when, if, or ever he’ll join the MCU, but we very much want to figure out the right way to do it,” the producer added.

Earlier there were reports doing the rounds that Keanu Reeves was approached to play the role of Yon-Rogg, which was later bagged by Jude Law. In a recent interview, the actor had recently confessed that he would love to play the X-Men character. “I don’t know, when I was a kid, I always wanted to play Wolverine, so, Wolverine,” the actor added.