Here’s What Yash & Producers Have To Say About KGF: Chapter 2 Release Date 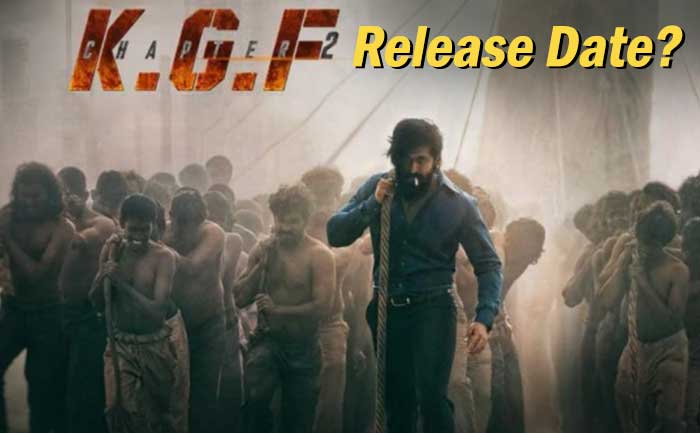 The makers of KGF: Chapter 2 seem to be not in a mood to announce the release date of Yash and Sanjay Dutt starrer. There are millions of people are eagerly waiting to know the official release date of KGF 2. As per a report in Bollywood Hungama, makers will reveal KGF 2 release date once the shooting of the film is completed. Yash First Look From KGF Chapter 2

As per a source close to KGF star Yash, the Kannada superstar intends to wait until KGF 2′ shooting fully concluded. KGF Chapter 2: When Rocky Bhai Aka Yash Met Adheera Aka Sanjay Dutt

The source told the Entertainment website, “The KGF sequel is 70 percent complete. Yash and his producer Vijay Kirgandur and director Prashanth Neel will wait for the rest of the 30 percent to be completed before announcing a release date.”

The sources further told the Bollywood Hungama that makers are likely to release KGF 2 when all the schools and colleges are shut. “Yash wants to ensure his younger fans have access to KGF Chapter 2. Let’s not forget, his fan-base is at its most dense in the pre-teen age bracket. The violence will therefore be toned down although the theme is dark and sinister,” said the source.

The cast and crew of KGF 2 are currently shooting in Myrsuru and there are several videos and pictures from the shooting spot were leaked on the internet. Since the KGF 2 has created a lot of buzz among the audience and looking at the stupendous success of KGF Chapter 1, there is a possibility that KGF 2 will break the box office record of Baahubali.

KGF: Chapter 1 was dubbed in multiple languages namely Tamil, Telugu, Malayalam and Hindi and it turned out to become the highest-grossing film in Kannada film industry.