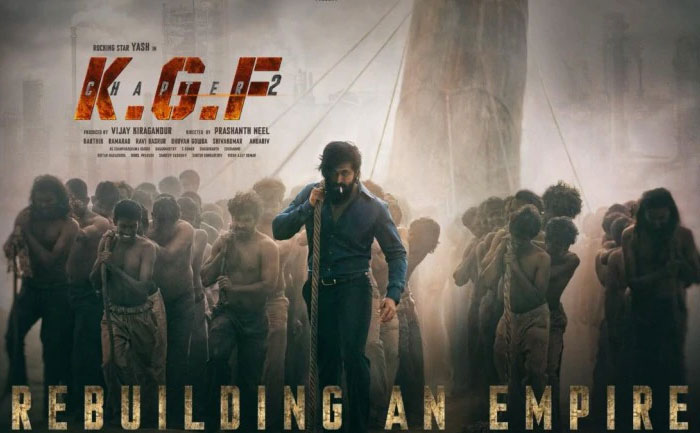 KGF Chapter 2 is undoubtedly one of the most anticipated movies of Sandalwood’s superstar Yash. The fans of Yash have been keeping an eye on every update of KGF 2. And we have brought you a good news for Yash fans.

The movie has been in the news ever since KGF Chapter 1 was released in 2018 and those who have watched KGF 1, have been eagerly waiting to watch its Chapter 2. A few days back, makers dropped the first look of Yash, which took the internet by storm. Now its time to KGF Chapter 2 teaser.

According to latest buzz, the teaser of KGF will be unveiled on the occasion of Yash’s birthday, which falls on January  8, 2020. However, there is no official announcement regarding the same is made as of now.

The entire cast of KGF 2 is currently wrapping up their final schedule of the film at Kadapa district in Andhra Pradesh. It is likely that the shooting of KGF 2 will be concluded by the end of January 2020.

Directed by Prashanth Neel and produced by Hombale Films, KGF 2 features Sanjay Dutt as antagonist whereas Raveena Tandon in a pivotal role. As per reports, Raveen Tandon will be playing the Prime Minister, modelled after former PM Indira Gandhi. The role of leading actress will be played by Kannada beauty Srinidhi Shetty.

The first Chapter of KGF turned out blockbuster and received rave reviews from both critics and audiences alike.

The Yash starrer likely to hit the silver screens in Monsoon 2020 in Kannada, Malayalam, Hindi, Tamil, and Telugu languages.