KGF: Chapter 2 - First look from Yash & Sanjay Dutt starrer to be out on this day 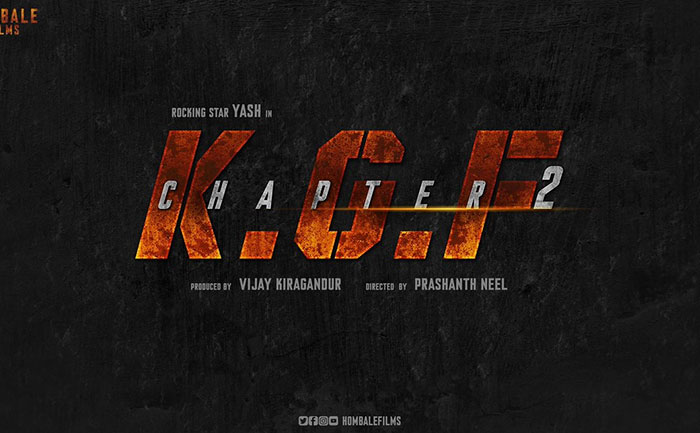 Bollywood’s much-loved actor Sanjay Dutt garnered much appreciation as Ahmad Shah Abdali in ‘Panipat’. He is all set to do the same once again. Dutt will soon be seen as an antagonist in Yash starrer ‘KGF: Chapter 2’. The actor is depicting the role of Adheera in the film. The actor today shared on social media that the first look of KGF 2 will be out on December 21. KGF Chapter 2 Yash First Look Out

Not many remember but it was on December 21, 2019, that KGF: Chapter 1 had hit theatres across the globe. Now the team is all set to unveil the first look of the sequel on the same day adding to the excitement level.

‘KGF Chapter: 2‘ features Yash and Srinidhi Shetty in the lead roles. The entry of Sanjay Dutt as Adheera has left fans quite excited they are now awaiting eagerly to see the epic face-off between Yash and him on big screen. The movie also features Raveena Tandon, Srinidhi Shetty, Anant Nag in pivotal roles.

Directed by Prashanth Neel and produced by Vijay Kiragandur the movie is scheduled to hit the screens in 2020, however, the makers have not revealed its date.

On the work front, Sanjay Dutt will also be seen in ‘Sadak 2’. The Mahesh Bhatt film features Alia Bhatt and Aditya Roy Kapur in the lead.