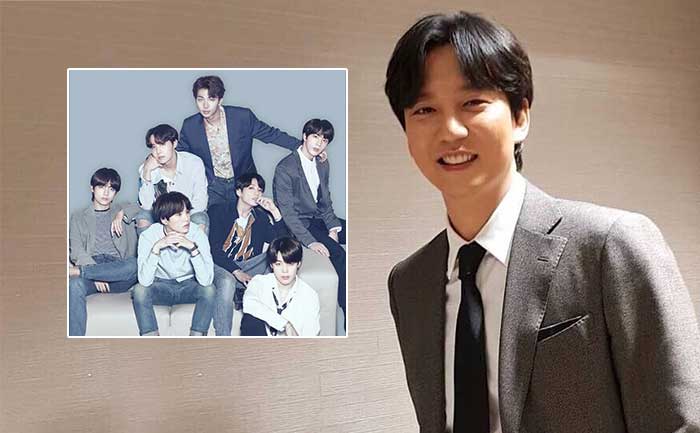 Kim Nam Gil is known name in South Korean film industry. He is popularly known for playing leading roles in movies like Pandora, The Shameless, The Pirates and most recently The Fiery Priest. But, do you know that Kim Naam Gil is a big fan of South Korean boy band BTS? Yes, you read that right.

In an interview with Korean news outlet Herald Pop, Kim Nam Gil made his honest confession and revealed how he became a huge fan of Bangtan Boys aka BTS. In his interview, he revealed that he watches BTS’ video every night before he going to sleep. BTS Army Donates To Magic Breakfast To Thank James Corden

Kim Nam Gil told Herald Pop, “In a past interview, BTS member Jin said that he began dreaming of becoming an actor after seeing my acting in the drama ‘The Great Queen Seondeok.’ This was back when BTS wasn’t as famous as they are now, but people around me told me about what Jin had said, and I became interested in the group.”

The proud Kim Gil continues saying, “After they started receiving attention abroad, they’ve been performing a lot worldwide, and seeing people from all over the world get excited about Korean idols makes me feel proud.”

Confirming the news, when the South Korean actor was asked at the Golden Disc Awards, he confirmed with a laugh and said,  “I really do watch BTS videos before falling asleep.”

Also Read: BTS J-Hope, RM, And Jin Promise ‘Map Of The Soul: 7’ Will Exceed Every Expectation

Salman Khan working on franchise based on Indiana Jones?