Home > Entertainment > BTS J-Hope, RM, and Jin Promise ‘Map of the Soul: 7’ Will Exceed Every Expectation

BTS J-Hope, RM, and Jin Promise ‘Map of the Soul: 7’ Will Exceed Every Expectation

Map of the Soul: 7 releases on February 21 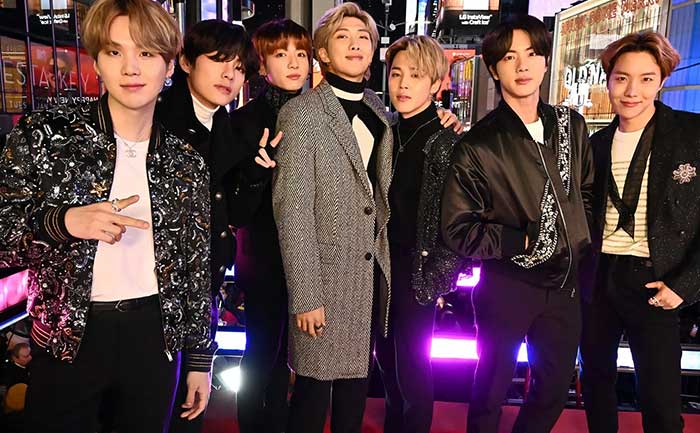 BTS recently created history when they became the first Korean group to perform at the 2020 Grammy Awards. However, the band is showing no signs of slowing down. BTS member J-Hope said on the Grammy Awards night in LA that the Map of the Soul: 7 album will deliver on the trust of fans.

“You will know when you listen to our new album and watch the performance that liking BTS was the best decision ever,” J-Hope said speaking to E! News host, Ryan Seacrest. RM also raised the hype for the latest BTS album saying of Map of the Soul: 7, “whatever you’re expecting, it’s going to be better.”

RM also shared what the ARMY can expect from the upcoming BTS album Map of the Soul: 7.

“It’s gonna be harder … whatever you’re expecting, it’s going to be better. And harder,” he said. “It’s the hardest we can go. We’ve always been personal and frank in our message and tracks. And the new performance… I think it’s the best.”

However, RM wasn’t the only BTS talking up the upcoming Map of the Soul: 7. Jin said of the upcoming album,“We’ve prepared so many songs and you can hear so many music.”

Aside from the Map of the Soul: 7 promotions, BTS also made an appearance at The Late Late Show With James Corden for some hilarious segments. In a generous move, the ARMY donated to Magic Breakfast as a gesture of thanks to James Corden for having BTS over.

For now, fans can only wait for February 21 when the BTS album releases.

ALSO READ: BTS Map Of The Soul Tour 2020: How To Get First Access To Tickets