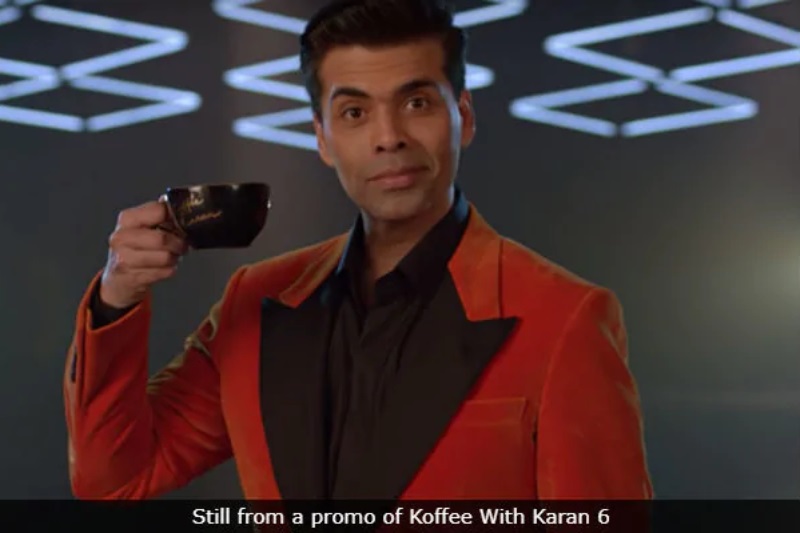 Karan Johar is back with his talk show Koffee with Karan Season 6 and will premiere on 21 October. ‘The Unafraid boy’ took to social media handles to announce the news.

The promo shows a boy who is unafraid of asking controversial questions and he is not at all shy. Rather, he is quite proud. For instance, this boy asks an actor if her nose is fake and asks a man who is working out in the gym if he is on steroids. He goes on to ask yet another man in a flight sitting between wife and mother, who he loves more. No wonder he grows up to be Karan Johar, the man behind controversial questions.

In the end, Karan says in the video, “I will admit to asking all the wrong questions, if you admit to loving the answers.” He captioned this promo video, “The story of the UNAFRAID BOY! #koffeewithkaran is back!!!! Season 6!!!”

Its one of the most talked about shows now and deals in the personal lives of the celebrities. It will air on Star World, only on Sundays at 9 pm.

The story of the UNAFRAID BOY! #koffeewithkaran is back!!!! Season 6!!! @starworldindia @hotstar

Hindustan Times quoted Karan saying, “It’s like the K3G of the Mughal era. But it’s more extreme, there is more betrayal. It’s has the tropes of court politics. It’s so rich in texture.”

Also read: ‘Koffee with Karan’: Statements of Bollywood celebs that will leave you stunned