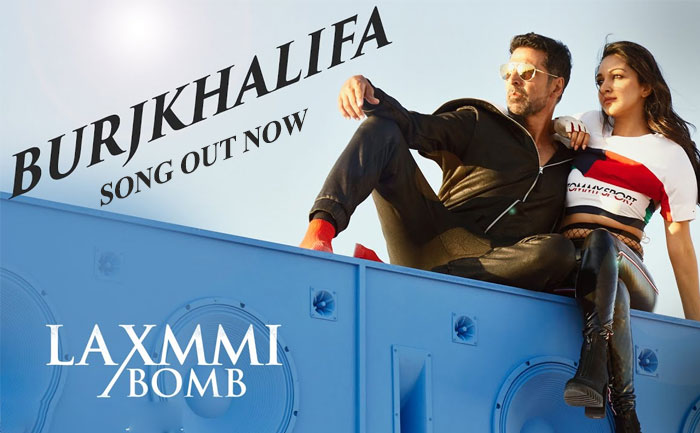 The makers of Akshay Kumar and Kiara Advani starrer are out with a peppy dance number Burjkhalifa. The party number has the Khiladi romancing Kiara in and around Dubai. The duo will win your heart with their amazing dance moves.

The song is sung by Shashi – Dj Khushi and also composed by them. Nikita Gandhi has also lent her vocals to this party anthem. The peppy lyrics of the dance number are penned by Gagan Ahuja. The song has all the ingredients of making it the Party Anthem of the year.

Laxmmi Bomb was scheduled to be released on 22 May 2020 but was postponed due to the COVID-19 pandemic. It is now set to release on November 9, 2020, on Disney+ Hotstar. It will also release in theatres in – Australia, New Zealand and UAE on the same day.