Singer Lucky Ali’s song “O Sanam” is a favourite for many across the country. A number of videos of the singer performing this hit number has created a storm on social media. Lucky has once again created a buzz with his latest performance on the hit song that won him praises from all quarters.

The viral video was shared by television heartthrob Aamir Ali. It has the 63-year old dressed in a pristine white Kurta Pyjama performing on the melodious song on stage.

“My all-time favourite #luckyali,” the actor wrote while sharing the clip.

No sooner did Aamir Ali share the video that netizens poured their love on the song. The video has garnered more than 1.7 lakh views. Many netizens took to the comments section to show their affection for the singer One wrote, “Hearing him live is a blessing❤️”. Most of them dropped heart emoticons under the post. 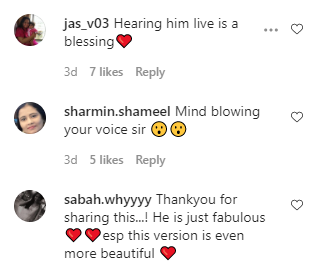 Lucky Ali has been enthralling his fans since couple of months. Recently good friend Nafisa Ali had shared his performance from Goa. His impromptu rendition of O Sanam left fans in a tizzy.

Lucky Ali is an acclaimed singer. He is known for his chartbusters such as Gori Teri Aankhen Kahe, Tere Mere Saath Jo Hota Hai, Ek Pal Ka Jeena, and Hairat.