Bollywood actress and India’s Best Dancer judge Malaika Arora is an avid social media user. There is no doubt that Malaika Arora can give the young actresses a run for their money. Now she might be away from Bollywood movies but she is quite active on social media. On the occasion of Holi, Malaika took to Instagram and shared a series of pictures from one of her latest photoshoots. She used colourful balloons as a prop.

In the photos, Malaika Arora can be seen donning a lavender off-shoulder gown with puffed sleeves. Her hair was styled in a messy high bun and she struck a dramatic pose for the photo shoot. In the pictures, Chaiyya Chaiyya girl is seen posing with colourful balloons in her hand.

In an attempt to do something unusual, We must say she looked stunning in all the pics. But netizens trolled her for using balloons as a prop and some even called her ‘aunty’. Another user called her Baloon saller.

You can check out some of the comments of the trolls below: 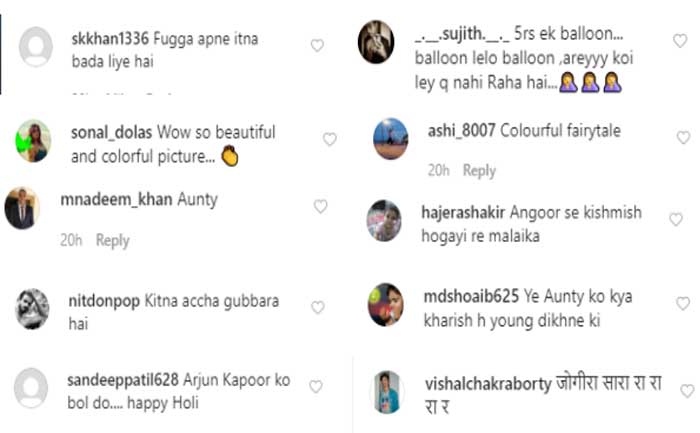 Going by the above comments looks like netizens are not happy with the way of Malaika wishing everyone a happy Holi.

This is not the first time Mala got brutally trolled for wishing Holi. While wishing everyone a happy holi last year, she shared a video clip in which she wished her fans and followers in a very unique way but she was brutally trolled.

Malaika has been grabbing headlines for her relationship with Arjun Kapoor. The duo has been giving major couple goals for a long time now.

On the work front, she was last seen in a special number of Vishal Bhardwaj’s ‘Pataakha’. In a recent interview, she even expressed her wish to venture into production.

Mentalhood Web Series Out: How To Watch Online & Download Free