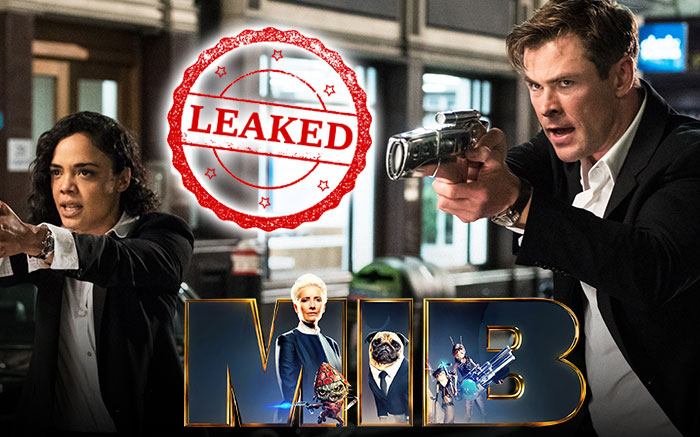 Tamilrockers continues to leak movies on its opening day despite getting threats from the Indian government. Yes, on its releasing day, pirated website Tamilrockers has leaked yet another Hollywood movie Men In Black International in HD quality. The leak comes minutes after the film hit the theatres. The movie is now available for free download on the torrent sites. Notably, the film is made on a budget of $110 million and is projected to gross somewhere around $40 million in its opening weekend. The trade experts predicted that the film will cross $80 million in its opening weekend itself.

Chris Hemsworth’s science fiction Men In Black has been in the news ever since its trailer was announced. The film was expected a grand opening overseas but this leak might affect its box office collection. The film Men in Black 4 can be easily downloaded from Tamilrockers but downloading any content from a torrent site is not legal in India.

Men In Black International is written by Art Marcum and Matt Holloway. The film is directed by F. Gary Gray, who has earlier helmed movies such as The Italian Job, Law Abiding Citizens, and The Fate of the Curious. The movie is said to be a direct sequel or spin-off to the Will Smith starrer Men in Black franchise.

The story of Men In Black follows the events featured in Men in Black 3. After the horrifying events, London has started its own branch of Men in Blacks (MIB) — top-secret organization members who monitor and police alien activities on Earth. The latest addition in the series features Molly (Tessa Thompson) who finds the MIB headquarters in London, just like how Will Smith found the place in the 1997 release. Molly teams up with Agent H (Chris Hemsworth) to solve the mystery behind a series of alien attacks on the planet Earth.

Men In Black 4 has not received good reviews, those who have watched the film are saying that the only thing worth watching in the movie is the onscreen presence of Chris Hemsworth with Tessa Thompson.