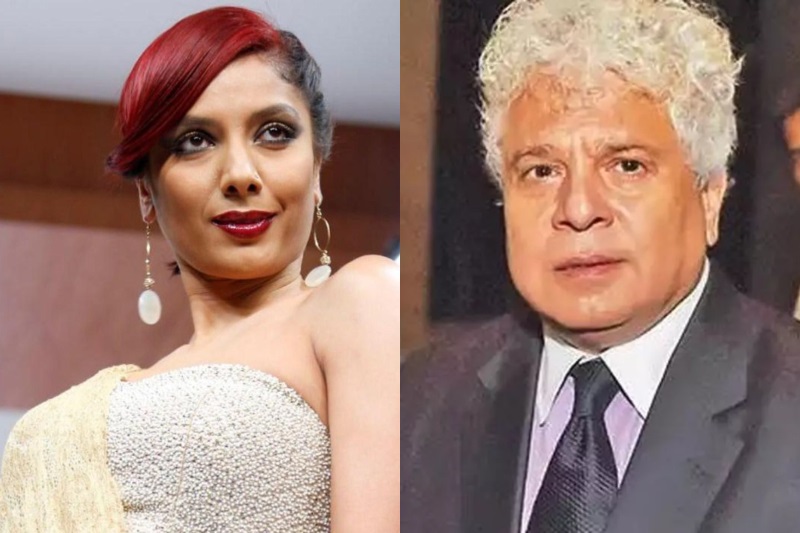 The entire country has been taken by storm with the #MeToo movement. Some of the biggest names such as MJ Akbar, Sajid Khan, Alok Nath, Vikas Bahl, Kailash Kher and many others have been taken.

She revealed how Suhel Seth (who is presently the managing partner of Counselage India, a consultancy firm) tried to harass her by forcing his tongue down her mouth and how she gave it back to him!

Her post read, “I was in DELHI few years ago for bridal fashion week. And at one of the after party for a show at our hotel itself at a bar .
While we were at the VIP section with all of the fashion frat, socialites etc. In attendance.
I was dancing on a couch & out of nowhere Suhel Seth first hands in my blouse so I pinched his ear n twisted it , then he shoves his fucking tongue down my mouth. I immediately bit his tongue & bit it really really hard with all my might & anger. Oh I also grabbed his BALLS & squeezed it hard & refused to let GO.
He looks at me like a lil child , like a boy bewildered and with feelings all hurt & says “You bit me really hard !!!” (In baby voice no less ) While he was holding his tongue still looking absolutely innocent & hurt at MY behaviour.
I was ready to pound the motherfucker into the ground right there & then . (Those who know me , know that i would too )
But ofcourse people around us saw this getting heated so they intervened etc.
And I was taken away to be calmed down. I wonder why nobody took him aside or in full view to be shamed & to fucking throw him out tho. (That’s another huge problem here , the WOMAN is supposed to just let it go & NOT CREATE A SCENE COZ ITS NOT GOOD FOR OUR REPUTATION AND WE ARE SHAMED AND WE HAVE TO LEAVE IT AND MOVE AWAY )
:
Now although I haven’t forgotten this incident or the numerous other incidents over the years in India. (Yes yes , surprise . There are SO many )
I did NOT bother to speak about this coz I had handled it & was ready to handle it MY WAY RIGHT THERE & TAKE IT FURTHER EVEN THEN . He was on the verge of getting seriously bashed up by me & would have probably learnt a lesson. Now as I read the numerous stories coming out about him I think WOW , why didn’t I bash that motherfucker . Might have stopped him from being a vile predator on another woman.
For the past few days utterly sick to my stomach reading posts , tweets , seeing stories on the news etc. I’ve been thinking should I put this out there ??? I went through these thoughts…..
I really did NOT want unnecessary attention to myself & then to deal with press hounding you etc. since I anyway had bit his tongue right there & then so this isn’t about wanting unnecessary although well intentioned pity from people & questions & why now & file a case & were you sleeping & were you drunk & were you dressed provocatively & oh she is doing this for attention & publicity etc.
But……..
Then I started to read through posts & see the thread of comments. It’s truly AMAZING how some other famous FEMALE FRIENDS OF HIS …. have written “oh he is really nice , how can you say all this & ruin a man ” “oh he touched that woman’s ass on a public forum on stage coz he must have known her & it was just a joke ” “oh , so why would a woman agree to go up to his suite for a dinner party ”
HAHAHAHA WHAT ?????? The justifications……… *slow clap & one tight slap*
it’s shocking the kind of responses in his support that I have read everywhere & THIS by intelligent, powerful women . WHY? Just coz you are his friends & he has never misbehaved with you ?! Never groped your ass or breast or kissed u ?!!?
Predators like these don’t usually behave badly with their close friends, family etc. But that doesn’t mean they don’t behave like this with others. Wake the fuck up. This reasoning by the females around these disgusting vile predators yes I call them predators & refuse to call them MEN!!!!! You women around like the wives , mother’s, sisters , so called intelligent empowered female friends who come out and shield these assholes. I’m calling you all out too. Coz you are equally to BLAME in this !!!!!!!
Me Too India Survivors ME TOO INDIA Me Too IndiaMe Too Movement MM Miss Malini
I DO NOT NEED ANY CLOSURE , I DO NOT NEED ANY HEALING FROM THIS .
:
:
The reason I finally decided to speak out is because when I read the #metoo stories my heart bleeds for what we women go through. And because nobody has called out this behaviour at various events & parties & even public events on stage ….. because of the SILENCE these predators have had more & more power & courage to continue this appalling , vile , animalistic behaviour.
I speak up in solidarity to my fellow women who have so bravely come out and spoken about Suhel Seth .
I’m in hope that speaking up can set an example & a new course to bring about change & a better chance for other younger women & our future for young girls to NOT have to go through this with a predator roaming openly & free amongst us all.
:
:
:
Suhel Seth to you I say #timesup
SHAME ON YOU .
Here a pic for those of you who are lucky to NOT know this f***face !!!!!!!!”

Diandra Soares seems to be very brave and fearless. Suhel Seth has not responded to the allegations as of now.
It will also be interesting to know if he will file a defamation case against the model.