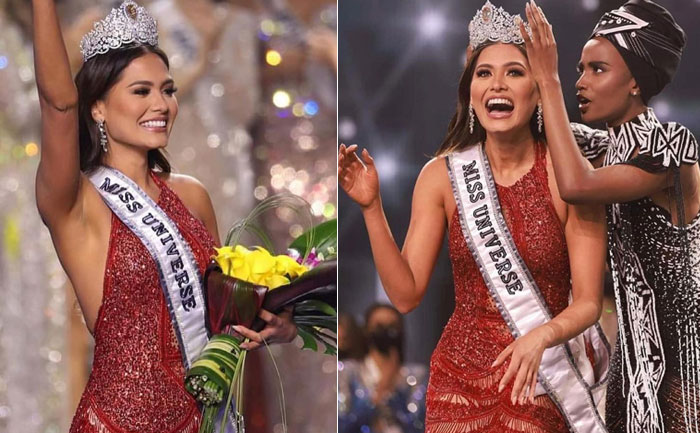 The current Miss Universe is Andrea Meza of Mexico who was crowned by Zozibini Tunzi of South Africa at the Miss Universe 2020 pageant on 16 May 2021. The final of the competition was held at the Seminole Hard Rock Hotel & Casino Hollywood in Hollywood, Florida, after being postponed from the fall of 2020 to May 2021 due to the Coronavirus pandemic.

Andrea had to compete with 73 other gorgeous women from all over the world for the title. She made it to the Top 5 along with Miss India, Miss Brazil, Miss Peru, and the Miss Dominican Republic. Following her win, she became the third Mexican woman to win the crown, following Lupita Jones and Ximena Navarrete. Previously, she had been crowned Mexicana Universal 2020 and Miss Mexico 2017 and placed as the first runner-up at Miss World 2017.

It was hosted by Mario Lopez and former Miss Universe Olivia Culpo, who won the crown in 2012, and featured a special performance by Luis Fonsi.