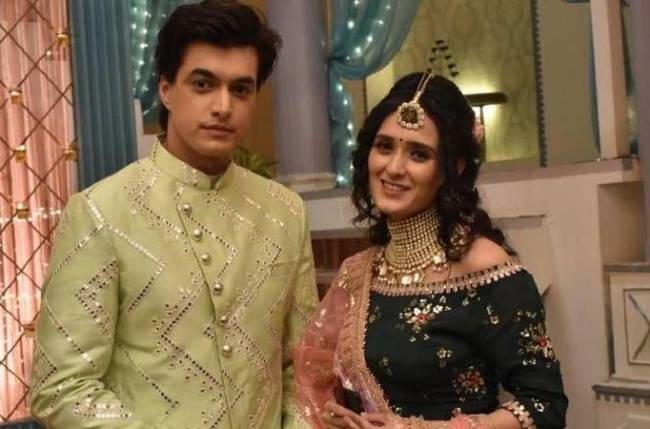 Star Plus’ show Yeh Rishta Kya Kehlata Hai is one of the popular and longest-running shows of the small screen. The show witnessed lots of changes over the years with various leaps and fresh star cast being introduced making it a must-watch for the viewers. And now, Pankhuri Awasthy who plays the role of Vedika has bid adieu to the show.

Yes, the evil Vedika, who kept trying to create a rift between Naira and Kartik and make their life hell will not be seen in the upcoming episodes of YRKKH. Naira will expose Vedika’s truth in front of everyone and Kartik will eventually abandon her. With Vedika’s climax in the show, Pankhuri Awasthy’s journey with  YRKKH’s team will also conclude. Shivangi Joshi And Mohsin Khan Congratulate As Yeh Rishta Kya Kehlata Hai Completes 11 Years

Yes, you heard it right! Pankhuri’s character in the show comes to an end and the entire star cast was all praises for the actress.  The actress recently shot for the last episode and her co-stars bid her farewell in their own way.

One of them is Mohsin Khan who took to the Instagram story to share a beautiful picture with his onscreen wife Vedika and went all praises for her. 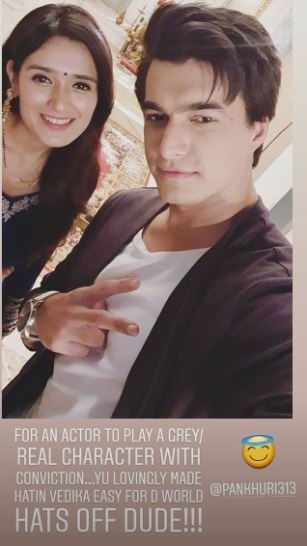 Well, Pankhuri will surely be missed on the show. As it said, ‘Every journey has to end for a New Beginning.’ And we hope to see Pankhuri back again with a new start.