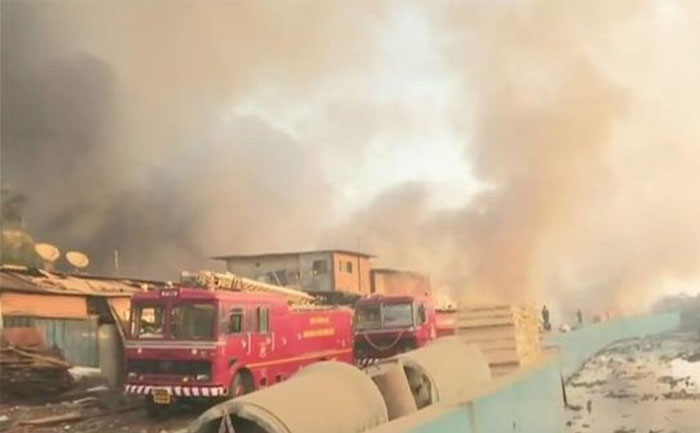 A major fire broke out in Mankhurd area of Mumbai on Friday afternoon. Several Water Tankers rushed to the spot to douse the fire. Huge plumes of black smoke were seen billowing out of the area as the fire raged on.  As many as 19 fire tenders are present at the spot and firefighting operations are underway. No injuries have been reported so far.

#WATCH I Maharashtra: A fire has broken out at a godown in Mankhurd area of Mumbai; no injuries reported so far. pic.twitter.com/LtaRkvaVty

The incident took place at around 2.30 pm. The cause of the fire is yet to be ascertained.

Panic gripped the area due to the fire incident as there is a huge dumping ground near the spot where the major fire took place.

(This is a developing story. More details awaited.)

Also Read: Adipurush: Fire breaks out on the sets of Prabhas’s starrer in Mumbai

Gangubai Kathiawadi: Ajay Devgn To Team Up With Sanjay Leela Bhansali Once Again?