Heavy rainfall in Mumbai to continue for next two days, BMC issues traffic advisory for Mumbaikar's 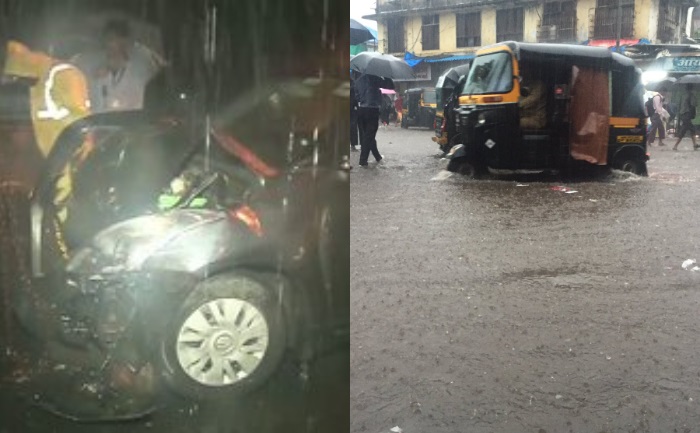 Mumbaikars woke to heavy rains and waterlogging bring the normal life to a grinding halt. Yes, heavy rains continued to lash Maharashtra’s capital city Mumbai on Wednesday morning. The IMD issued an alert stating that a cyclonic circulation would bring more showers to the city in the next two days. Raigad and Ratnagiri districts in Maharashtra have also been warned of extremely heavy rainfall at isolated places on Wednesday and Thursday.

“In the next 24 hours,  Mumbai will be experiencing intermittent rain/shower with heavy falls in city and suburbs,” said the Regional Meteorological Centre, Mumbai.

Heavy waterlogging is reported from Chembur, Govandi and Mankhurd. Rains have caused water logging in Dadar, Kurla, Palghar and Thane too. Traffic snarls were reported from several parts of the city due to waterlogging.

The city will witness a high tide at 4.24 pm on Wednesday, with waves reaching 3.75-metre high. Brihanmumbai Municipal Corporation has issued an alert across the state. The Disaster Helpline Number is 1916.

The schools and offices will remain open. Most of the trains too are operating normally. However, trains on the Central and Western Line were running late.

Mumbai: 8 injured after three cars collided with each other in Andheri, due to low visibility following heavy rainfall in the city, early morning today. #Maharashtra pic.twitter.com/Ts2srOqxd3

In a shocking incident, Eight persons were injured after three cars collided with each other in Andheri area due to low visibility following heavy rainfall.