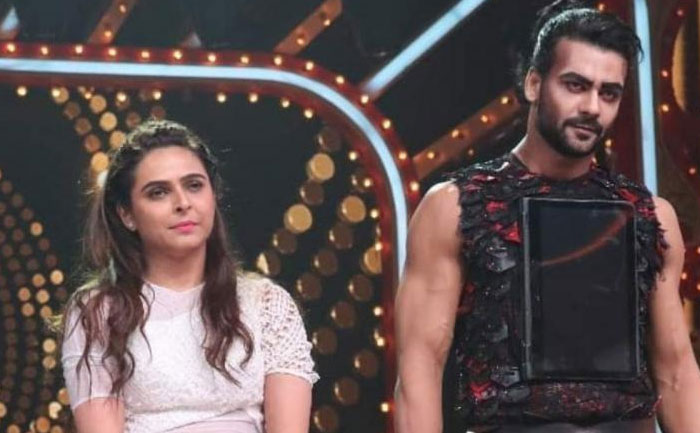 Nach Baliye 9 contestants and former couple Vishal Aditya Singh and Madhurima Tuli most likely to be evicted from the reality TV show. The couple was in the bottom last week as well but they somehow managed to save themselves after giving a powerful performance.

Vishal Aditya Singh was threatened to leave the show after getting into an argument with the judge Raveena Tandon, “The sour relationship between the two was quite evident from the spat they had while shooting for an upcoming episode. Vishal took it too far this time. He even got into a heated argument with judge Raveena Tandon. And since then, he has been threatening the production house saying he will leave the show.”  a source told Bombay Times.

Weekend is almost here!! Are you guys excited for the next performance?? Here’s a little glimpse of it.. 👀 #NachBaliye9 @starplus @banijayasia 🦋💙

According to Indian Express, “As weeks pass by, the competition has really become tough. With the contestants bringing their best to the table, the judges are left in a soup deciding eventually who remains in the show. Last week, Raveena had even broken down as she announced Urvashi Dholakia and Anuj Sachdeva’s eviction. This time too, with a heavy heart they gave their final scores which got Vishal-Madhurima eliminated.”

The Chandrakanta co-stars Madhurima Tuli and Vishal Singh broke up in 2018 and the two are not on good terms since then. Recently there was a video leaked which showed Madhurima slapping Vishal after a fight.

The popular dance reality show ‘Nach Baliye 9’ that is being produced by Salman Khan. The celebrities who have been eliminated from the show till now are Urvashi Dholakia-Anuj Sachdeva, Babita Phogat-Vivek Suhag, Vindu Dara Singh-Dina Umrova, Keith Sequeira-Rochelle Rao.