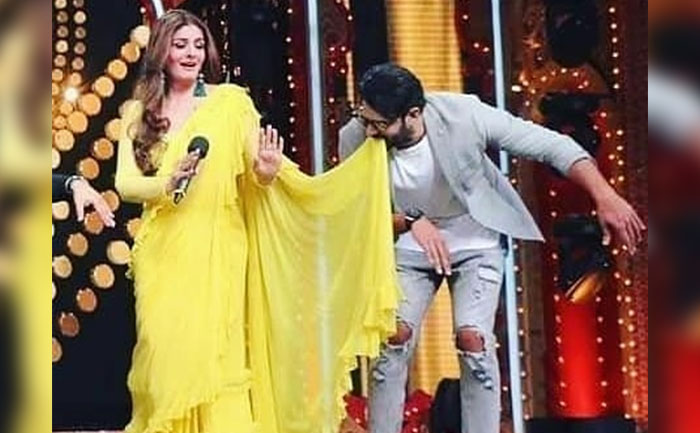 Prabhas — who is currently busy promoting his upcoming film Saaho — was recently appeared on the dance reality TV show, Nach Baliye 9. What Saaho actor did at Nach Baliye 9 show has left everyone shocked and instantly had the audience eating out of his hands. The Baahubali fame Prabhas graced Salman Khan’s show along with co-star Shraddha Kapoor.

The South superstar Prabhas — who has immense fans following on the internet — imitated Salman Khan and Hrithik Roshan on Nach Baliye. Yes, you read that right, when Prabhas was asked to perform on Bollywood songs, without wasting any time, he pulled off Salman Khan’s hook step from his 2014 film Kick, ‘Jumme Ki Raat.’ Later, he was joined by Shraddha Kapoor and the judge of the show, Ahmed Khan, when then danced on Hrithik Roshan’s iconic song ‘Ik Pal Ka Jeena’ from his debut film Kaho Na Pyaar Hai.

For the unversed, Raveena Tandon is one of the judges of Nach Baliye 9. What we all can do is to wait and watch how Salman Khan and Hrithik Roshan have to say about Prabhas’s screen impressions of them.