Netflix’s Black Mirror Season 5: 5 Easter Eggs And References You Must Have Missed

Looking for Black Mirror season 5 Easter Eggs and their references, you are at the right place 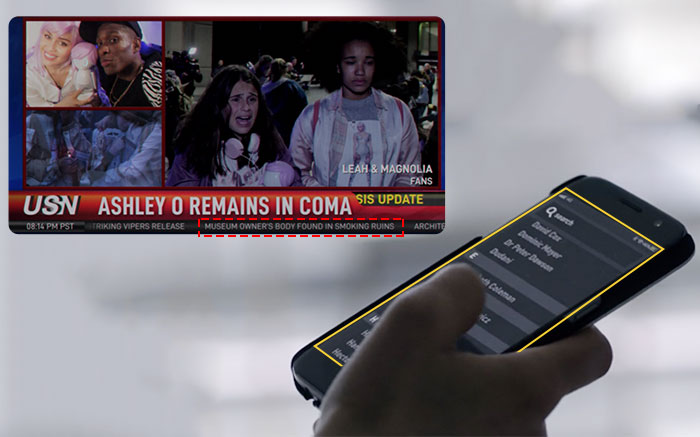 The fifth season of Black Mirror is now available on Netflix. You may have watched this British science fiction but we bet you did not notice these things that we brought you in this article. Yes, Black Mirror season 5 has lots of Easter Eggs, which have been discovered by eagle-eyed fans.  There is no doubt the recent season of Black Mirror has full of entertaining contents but there are still some things which you may have missed or yet to be discovered from your side.

Speaking about the same, Charlie Brooker is quoted as saying to Express, “We always used to say it’s a shared universe but then I started to say it’s a psychologically shared universe and now some of the episodes are definitely connected because there’s specific references within that story to things we’ve seen in other episodes.”

Did you notice the contact shown in Andrew Scott’s mobile phone when he makes a call to Smithereens? Yes, we have taken a quick look and noticed his contacts showing some notable names. The following is the list of names we have seen in his smartphone.

Danny and Karl’s physical scuffle on the couch mirrors their later scuffle in the virtual reality video game when they kiss for the first time. In both real life and in virtual reality, Karl ends up on top of Danny.

In the home of Chris’s mom, you can have a look at a pizza box with the word which reads “Fences” emblazoned on the front. Interestingly, Fences is none other than the company who owns the automated delivery vehicles in the third season of Black Mirror.

You must have seen on several occasions Chris looking at his GPS. Some of them are mentioned below:

There are two references to Skillaine in ‘Smithereens; she appears as part of Chris’ Internet search history, which implies that the events of the two episodes hold in the same universe.

When a news anchor was reading the news about Ashley O, there are certain nods to other episodes in the text at the bottom of the television screen. You can have a look below: