Home > Entertainment > Television > You season 2 streaming on Netflix: How to watch You 2 online & download

You season 2 streaming on Netflix: How to watch You 2 online & download

YOU season 2 Streaming on Netflix: All 10 episodes of YOU 2 is now available on Netflix. Here's how can you watch the show online and download? 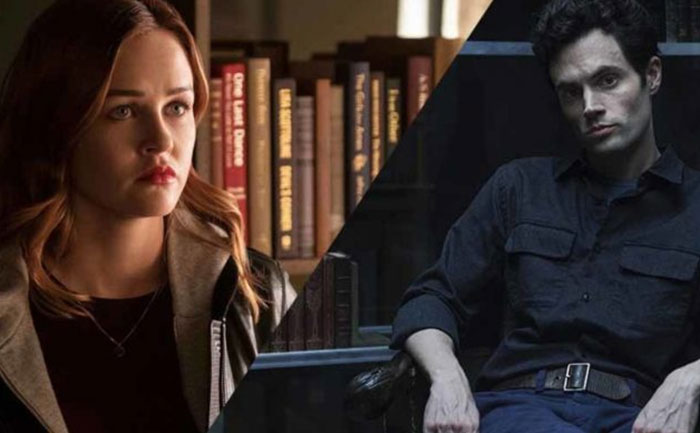 After stupendous success of its first season, Netflix has finally dropped YOU season 2 on Christmas 2019. For the unversed, YOU is an American psychological thriller TV series developed by Greg Berlanti and Sera Gamble. The first season of You is reportedly based on the eponymous 2014 novel written by Caroline Kepnes.

The story of You Season 2 revolves around Joe Goldberg, a bookstore manager and serial killer (Penn Badgley) who falls in love with one of his customers named Guinevere Beck (Elizabeth Lail) and they instantly develop an extreme and delusional obsession. The first season of YOU also starred Luca Padovan, Zach Cherry, and Shay Mitchell in supporting roles. How to watch Messiah online and download free

The second season of YOU has finally arrived on Netflix. In this article, we will explain how you can watch online and download Netflix original YOU for free.

How to watch You seaosn 2 online and download in USA

Notably, YOU season 1 was originally aired on American channel Lifetime but later it was distributed globally on Netflix. But, unfortunately, YOU season 2 will not be available on Lifetime, because it is now Netflix original TV series.

If you have watched YOU season 1, you must be desperately waiting for You season 2. If you do not know how to watch and download the second season of You, then you must read this article till the end.

If you are citizen of the US, you have an option to watch and download YOU season 2 for free. If you are not a subscriber of Netflix, you should know that Netflix offers a 30 day free trial to explore its contents.

How to watch online and download YOU season 2 in UK

If you live in the UK, you also have the similar options to watch YOU series. As we have mentioned above that it is a Netflix original series and only exclusively available on Netflix, you do not have other option to stream online.

Even if you are in the UK, you also have a 30-day free trial but unlike the US, the prices differ for each of Netflix’s plans. The basic plan might costs you £5.99 a month in the UK while its standard plan will costs you £8.99 a month.

For £11.99 a month, subscribers can opt for the Premium plan and stream on up to four screens in Ultra HD.

The second season of YOU has 10 episodes which you can watch and download from Netflix. Netflix’s mobile app allows subscribers to download its original content to devices and watch offline.

It is yet to be know, whether YOU season 3 will be renewed or not.

You season 2 is now available to watch on Netflix.