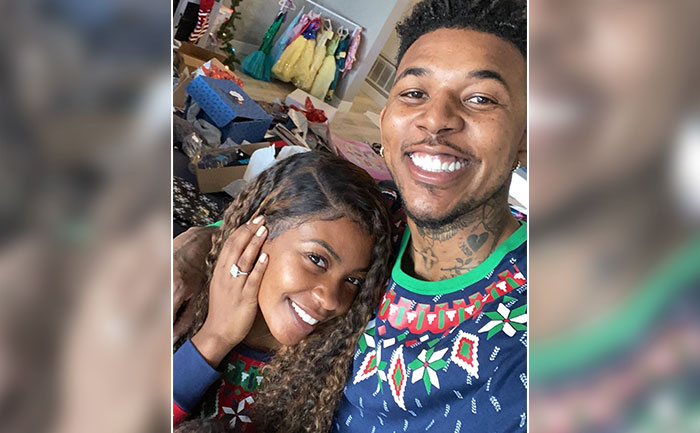 Young, aka Swaggy P, proposed to his girlfriend, Keonna Green on Christmas Day. The couple is high school sweethearts with three children together. Nick Young popped the question to Keonna Green in a sweet Instagram video. It was made by the NBA star with a little help from the couple’s son, Nick Jr.

Check out the adorable video here:

In the video, we can see Young going down on his knees and proposing to Keonna Green. He admitted that the proposal was long overdue before popping the question. The athlete said,“I love you, I want to spend the rest of my life with you.” After Green put the ring on, the couple cheered. Young then walked over to his son, who was filming the proposal, and declared, “We did it son!” The couple later posed with their three children in matching pajamas.

Young and Green are high school sweethearts who have been dating on and off since 2002. The two are the parents of sons Nick Jr., 7, and Nyce Amaru, 6 months, and daughter Navi, 3.

The engagement comes three years after Young’s engagement to Australian rapper Iggy Azalea ended amid rumors of his infidelity. It later emerged that Green was pregnant with the couple’s second child during his year-long engagement to Azalea.

The “Fancy” rapper learned that Young had cheated on her through security footage in June 2016. Azalea later moved on with Playboi Carti aka Jordan Carter, however, that they called it quits later.