Nishabdam: Madhavan looks striking as a celebrity musician in the first look poster 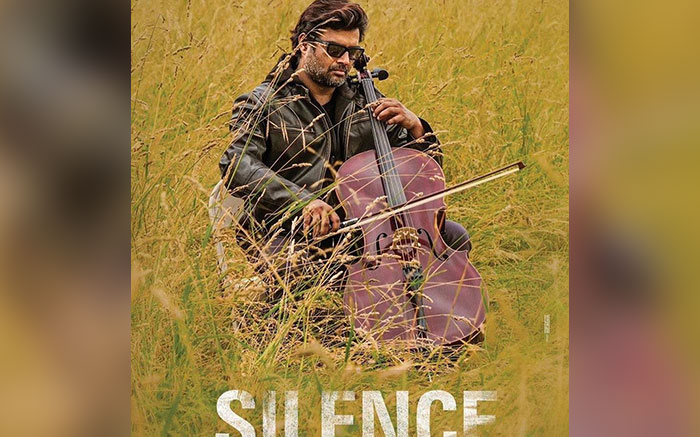 ‘Nishabdam’ featuring talented duo R Madhavan and Anushka Shetty is one of the highly anticipated films of the south film industry. Today the makers of the film have unveiled the first look poster of R Madhavan on social media. The poster showcases the 3 Idiots star playing a “celebrity musician” character named Anthony.

In the poster, we can see Madhavan playing a musical instrument in the middle of grasslands. He is looking striking posing against the serene-looking landscape.

The film produced by Kona Film Corporation has Anushka Shetty opposite Madhavan. She is playing a character of “mute artiste” named Sakshi. Madhavan plays her husband in the film which revolves around the murder of a key character and the subsequent investigation to find the killer. The entire film has been shot in Seattle, USA. In the film, Anjali will be seen playing a cop for the first time in her career.

Earlier the makers had also shared Anushka’s poster and it was truly intriguing.

It is a trilingual film expected to be shot in three languages namely, Telugu, Tamil and English. The film, Nishabdam is helmed by director Hemant Madhukar.

The movie is on its last leg of shoot and is expected to hit the screens this December.