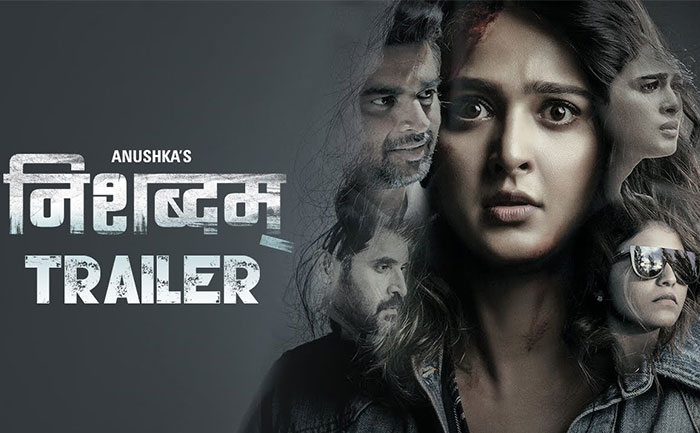 After the spine chilling teaser of ‘Nishabdham‘ featuring Anushka Shetty and R Madhavan. The makers have now shared the trailer of the horror thriller. The whodunnit where each character is a suspect has Anushka playing the role of Sakshi, a “mute artist”, while Madhavan is Anthony, a “celebrity musician”.

Check out the edge of the seat trailer of Anushka Shetty starrer here:

The trailer opens up to an ominous shot in the basement of a house in the USA showing a dead body and a terrified Sakshi (Anushka Shetty).  She is later seen trying to convince cops that the murder was committed by a ghost. The movie is Sakshi and Maha’s race against time to connect the dots and uncover the real killer.

Nishabdham, which means “silence”, is written and directed by Hemant Madhukar. the film features Hollywood actor Michael Madsen who is playing a cop in the bilingual film. The movie also stars Subbaraju Shalini, Pandey Srinivas, and Avasarala among others.

The film has been bankrolled by People Media Factory and Kona Film Corporation. It is gearing up to release worldwide in Telugu, Tamil, Hindi, Malayalam, and English on April 2nd, 2020.