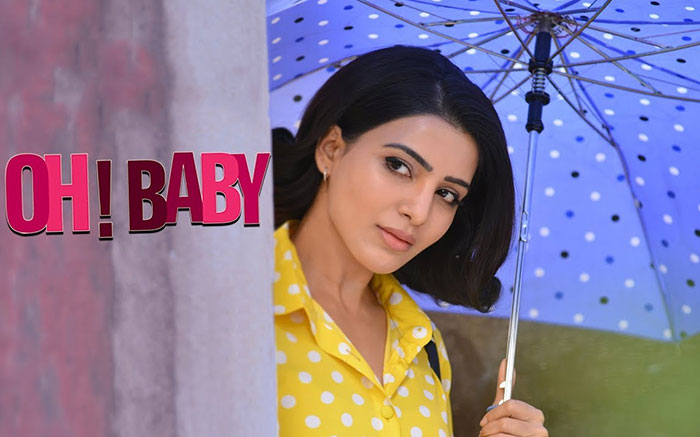 There were several Telugu movies hit the theatres last week in India but it was Oh! Baby, which has been ruling the box office. Despite getting leaked by Tamilrockers on its release day, Samantha Akkineni’s Oh! Baby has performed quite well at the ticket window and recovered almost its investment.

As per the latest report, Samantha Akkineni starrer Telugu film Oh! Baby, which is an official adaptation of the South Korean film Miss Granny, will be dubbed and released in China. Due to her outstanding performance and acting chops, Samantha is being appreciated from one and all. The film was released in two languages Telugu and Tamil.

Apart from India, Oh! Baby is being loved by masses in the United States. Now, it seems like, Samantha Akkineni is going to take the Chinese box office by storms with Oh! Baby’s Chinese version.

At a Thanks Meet arranged by the makers, the co-producers of the film, Vivek Kuchibhotla and Sunitha Tati, revealed that the film likely to have a China release soon. Confirming the news, the duo told the leading media house,  “We have plans to release in China, Vietnam and other countries. A Chinese distribution company has shown interest in the movie because of Samantha’s performance and the Indian style of story-telling. That’s why they want to release it in China despite the audience having watched another version of the same movie already.”

Surprisingly, ‘Oh Baby’, which has been holding well since its release, has outnumbered all other releases. ‘Oh Baby’ has witnessed a great jump in collections last weekend both in the domestic market and in the overseas market. The film is now likely to touch Rs 15 Cr WW share. In the USA, it has made a collection of about $875k by the end of its second-week run.