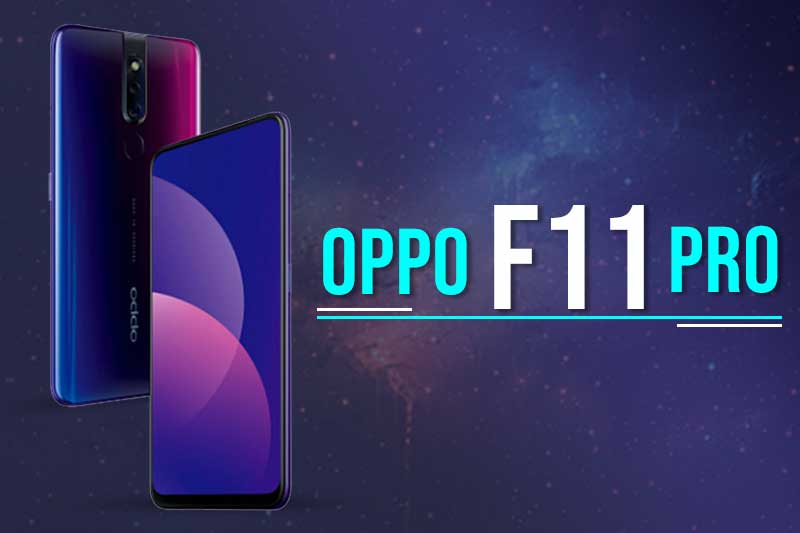 Oppo F11 Pro is all set be launched in India today at 7 pm IST. The company’s much-awaited mobile phone F11 Pro will have 48 MP primary camera in the dual rear camera set-up and pop-up selfie camera such as we have seen in the leaked version of OnePlus 7 and Vivo V15 Pro. The company’s new offering Oppo F11 Pro pack a 4,000 mAh battery and sports a 6.5-inch full-HD+ (2340×1080 pixels) LTPS LCD notch-less display with 90.9 percent screen-to-body ratio. The phone will be exclusively launch in India on March 5.

According to reports, Oppo F11 Pro will be available in 6GB of RAM and 64 GB of internal storage. The company seems to have followed the suit as Oppo also has VOOC 3.0 Flash Charge fast. The camera of the phone is largely appreciated as it clicks good picture even in a low light too.

The Chinese communication mobile company will be streaming the Oppo F11 Pro launch event live on YouTube. As we have mentioned that the launch event of F11 Pro will be started from 7 PM in India. If you want to watch the live event, you do not need to go anywhere else. Just Click here to watch Oppo F11Pro live event:

Talking about its much talked and advanced camera, As we have earlier told you that Oppo F11 Pro features 48-megapixel Primary camera with f/1.79 aperture and 5 MP secondary camera. The company has not confirmed about the pixel of Oppo F11 Pro’s pop-up selfie shooter. It is rumoured to arrive with with a 16 MP pop-up front camera.

The company is likely to sport a 6.5-inch IPS LCD display with a screen-to-body Ratio of 90.9 per cent. If reports are anything to go by, it has been powered by a MediaTek Helio P70 processor coupled with ARM Mali-G72 GPU for graphics performance.