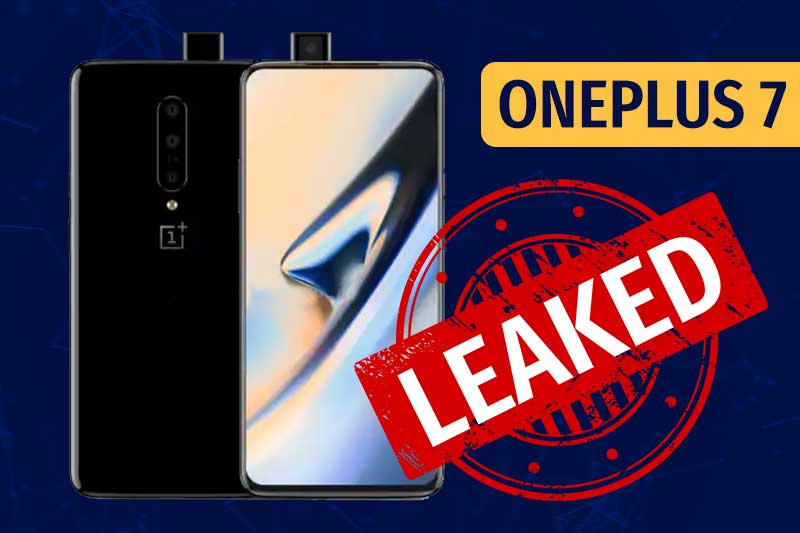 The official launch of OnePlus 7 is still a few months away but a 360-degree video showing the OnePlus 7 phone has been leaked. According to the leak, OnePlus 7 houses pop-up selfie camera like Vivo V15 Pro and triple rear camera set-up with an LED sensor. If reports are anything to go by, OnePlus’s upcoming phone has been powered by strong Snapdragon 855 processor. In OnePlus 6T, the company had introduced wide and waterdrop notch. However, looking at the OnePlus 7 leaked image, it would not have a notch at the front.

Yes, OnePlus 7 will have an edge-to-edge display and in-display fingerprint sensor. This 6.5-inch display smartphone has a slight chin at the bottom. According to OnePlus 7 renders shared by PriceBaba, the back panel of the phone looks made up of glass, it looks great. The volume button has been placed on the left edge while the toggle switch on the right edge. The speaker grille, the USB Type-C port, and the microphone can bee sitting on the bottom edge of the phone. The SIM tray ejects from the top edge, and there’s no 3.5mm audio jack in sight.

The dimensions are tipped to be at 162.6x76x8.8mm, and with the camera bump, the thickness goes up to 9.7mm. The screen to body ratio of OnePlus will be 95 per cent. In the recently concluded Mobile World Conference 2019, OnePlus CEO rubbished the speculations that the company’s new flagship phone will have wireless charging.

As we all know that OnePlus is not the first company to launch a mobile phone with a pop-up selfie camera. Oppo and Vivo have already launched their smartphone with this feature. Oppo F11 Pro, which is all set to launch on March 5 in India, will have pop-up selfie camera. Talking about the difference between Vivo V15 Pro and OnePlus 7 pop-up camera, in V15 Pro, the pop-up front camera sits on the extreme right, on the other hand, the renders show that the OnePlus 7 will include the pop-up in the middle of extreme left and centre.