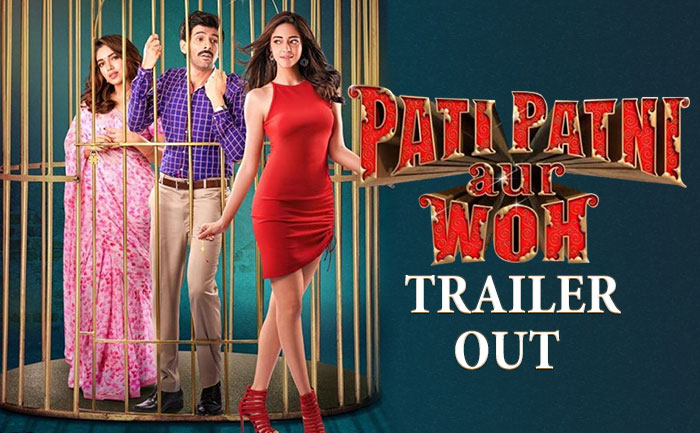 There has been a lot of buzz around the upcoming film ‘Pati Patni Aur Woh‘ ever since its launch. The movie is a remake of hit 1978 film of the same name. It had Sanjeev Kumar, Vidya Sinha, and Ranjeeta Kaur in leading roles and was directed by B.R.Chopra. The remake features Kartik Aaryan, Bhumi Pednekar and Ananya Panday in leading roles.

After sharing a new poster of the movie the makers have now unveiled the trailer of the film and it is quite entertaining.

The trailer showcases the chemistry shared by the leading actors. If Ananya Panday adds sizzle then Bhumi slays us with her oomph factor. Kartik has once again proved that he is a pro in comic timing.

Directed by Mudassar Aziz and produced by Bhushan Kumar, Pati, Patni Aur Woh is all set to hit theaters on December 6th, 2019.

On the work front, Kartik will also be seen in ‘Dostana 2’ with Janhvi Kapoor and Lakshya, ‘Bhool Bhulaiyaa 2’ with Kiara Advani and ‘Aaj Kal’ with Sara Ali Khan.