Pictures Inside: Janhvi Kapoor enjoys her time in Amritsar

Apparently, Janhvi Kapoor is having a good time in Amritsar Janhvi Kapoor has become popular as she is snapped quite often for her uber cool gym looks. Since her debut film
Dhadak became hit, she has been basking in all the success and glory of the film’s success. After her stellar performance in the film co-starring Ishaan Khatter, she bagged four film in a short span of time. Soon, Janhvi will be seen on screen with her next film Gunjan Saxena: The Kargil Girl.

Moreover, Janhvi Kapoor will also star in Roohi, Afza, Takht as well as Dostana 2. Apparently, sometime ago she was seen in Amritsar. The actress tuned into her Punjabi mood as and when she landed in the city. Lately, she took to her social media and shared a video of a man preparing lassi and also gave a sneak-peek of herself as she sipped the glass full of Punjabi lassi. Not only that, Janhvi was spotted by the look of her pictures that she visited the Golden Temple. It appears that she is enjoying the time of her life in Amritsar.

Janhvi took to Instagram Stories to share the pictures and videos from her Amritsar trip. Check out here. 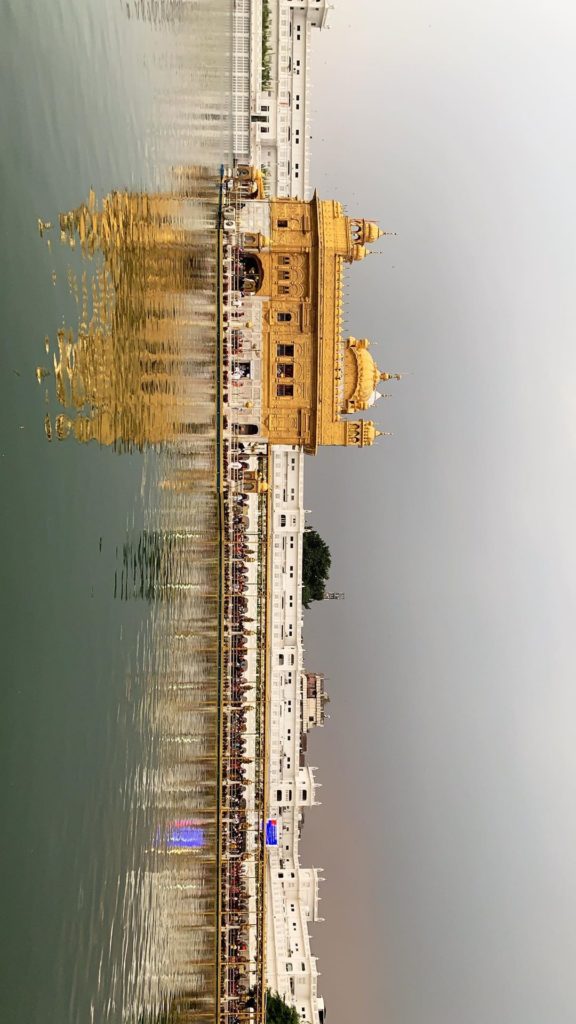 Meanwhile, in all the pictures and videos shared by Janhvi Kapoor, she looked beautiful and adorable. Her blue dress with matching dupatta also looks endearing and elegant. This time in the traditional attire Janhvi managed to stun us all and we just can’t keep our eyes off of hers. It seems the actress enjoyed her trip in Amritsar and this makes us want to visit the golden city as well.

Also Read: Varun Dhawan & Janhvi Kapoor Play Paintball With A Fan For A Cause