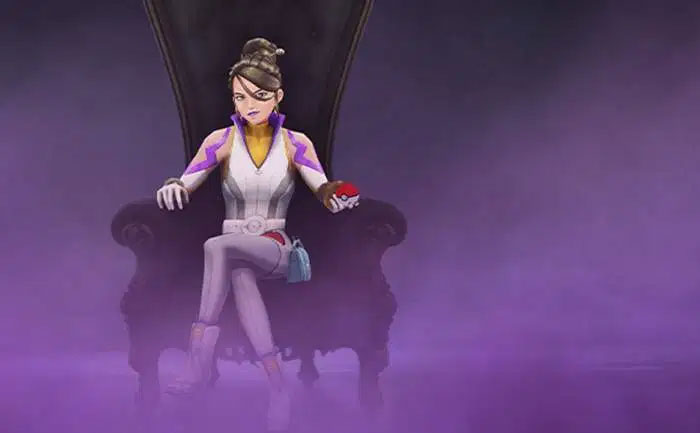 Where To Find Sierra in Pokemon Go?

What Pokemon Will Sierra use?

While Sierra’s first Pokemon always remains the same, there are some variations to her other two attacks. Here are Sierra’s possible team options:

Players should be safe using dark and fighting type POkemon against Sierra. While Machamp will do well against ice Pokemon like Sneasel and Lapras, Tyranitar is best for psychic/ghost Pokemon like Hypno, Sableye, and Alakazam. Similarly, Darkai will also work well against psychic and ghost Pokemon.