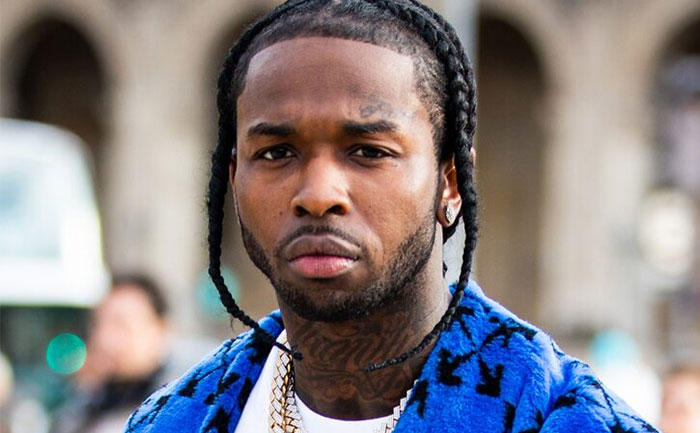 Rising New York rapper Pop Smoke was shot and killed during an apparent home invasion robbery Wednesday morning, as per TMZ reports. The “Welcome to the Party” rapper was 20 years old.

Police reports suggest that two men wearing masks and hoodies broke into the Hollywood Hills house where the rapper resided. They fired multiple shots and fled on foot. LAPD is still trying to unveil the motive of the attack.

“There is a lot of information available,” said LAPD Capt. Jonathan Tippet. “We have some work to do.”

Police were tipped off about the incident by a from the East Coast reporting that several people had entered the rapper’s residence at around 4:30 am, according to LAPD Capt. Steve Lurie. They found the rapper with gunshot wounds and rushed him to a hospital where he was pronounced dead.

The investigation into the Hollywood Hills shooting is still underway. Investigating officers suspect that the house Pop Smake was staying at was being targeted.

“We are devastated by the unexpected and tragic loss of Pop Smoke,” Republic Records’ statement reads. “Our prayers and thoughts go out to his family, friends and fans, as we mourn this loss together.”

The death of Pop Smoke was mourned by several eminent rappers. Chance the Rapper tweeted, “Rest Up Pop Smoke, you were too young. God Bless and comfort your family. What a crazy trajectory you were on man smh”

50 Cent wrote, “R.I.P to my man Pop Smoke, No sympathy for winners. God bless him”

Nicki Minaj also shared her grief over the news, posting a picture of the rapper on Instagram with the caption, “The Bible tells us that jealousy is as cruel as the grave. Unbelievable. Rest In Peace, Pop.”

Timothy DeLaGhetto tweeted, “The Pop Smoke shit is so sad. 20 years old! Smh. Be careful out there cuz you really never know.”

He followed it up with, “And people sayin it might be cuz he accidentally showed his address. I’m always sooo paranoid about that. Even when companies send me free shit, I give them someone else’s address and pick it cuz I don’t trust ANYBODY! Smh”

In the wake of the news, “Pop Smoke” became the top Twitter trend worldwide and “RIP Pop” entering the Top 10.

Indian 2: 3 Killed, 9 Injured on the sets of Kamal Haasan starrer