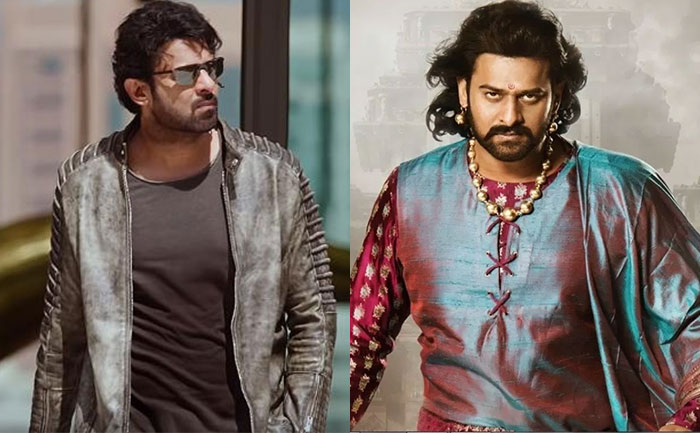 Prabhas, the Superstar enjoys a pan India appeal and has a Blockbuster hit with the ‘Baahubali’ franchise. He is now, at the top of the mind of every Indian fan for his upcoming next, Magnum Opus Saaho. Now the actor has given us interesting insights into what he went through at the first days of working for the Baahubali project.

Talking about the same, the actor shares, “So for Part 1 when I came I was really tensed, so Rajamouli was like stay cool cool cool it’s okay. Like because no one knows me and you don’t know how it’s going to work and all. So for the first 2-3 days, they were very warm and I felt very comfortable.”

On seeing Prabhas delivering a stellar performance in ‘Baahubali‘ and having us all amazed with his impactful dialogue delivery and action scenes, we are still in disbelief of the fact that Prabhas felt nervous on the initial days of working for ‘Baahubali’.

After receiving love and support from his fans across the nation for doing a commendable job in ‘Baahubali’ franchise, Prabhas has won over his fans’ hearts once again with his most anticipated upcoming film, Saaho. The actor plays the role of a cop in the high octane action film.

After seeing the movie’s trailer, fans have high regards for Prabhas’s terrific acting and performing action stunts like a no man’s job. They just can’t wait for the movie release any more to appreciate the actor’s hard work.

‘Saaho’ is all is set to hit the theatres on August 30, 2019. Prabhas will next be seen in ‘Amour’ along with Pooja Hegde.