Has Prabhas charged Rs 100 crore as fee for ‘Saaho’? Find out truth here

Since, Saaho is made on a budget of Rs 300 crore, many believed that Prabhas charged Rs 100 crore for Sujeeth directorial 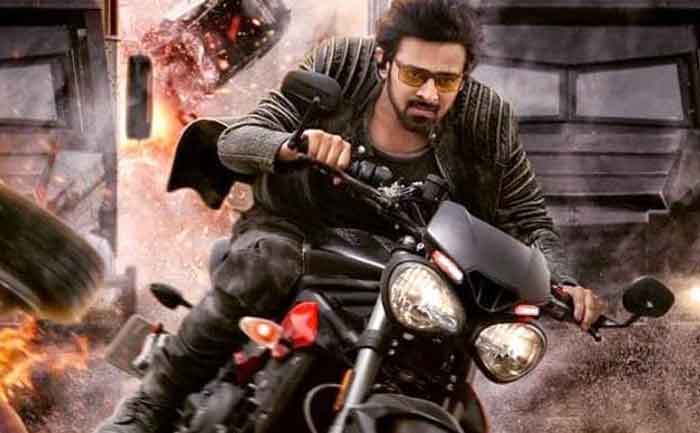 Prabhas, who gained fame and recognition with SS Rajamouli’s two-part franchise, Baahubali, is all set to enthral the audience with his upcoming film Saaho. Since the movie, Saaho is reported to have made on a budget of between Rs 250- 300 crore, there are rumours doing the rounds that Prabhas charged Rs 100 crore for the film.

The action-packed film Saaho would be Prabhas’ first film after his blockbuster Baahubali: The Conclusion. The popular actor is all set to entertain the audience with his upcoming movie. Considering the popularity of Prabhas, several even believed that Prabhas was paid Rs 100 crore for Saaho. Good News: Prabhas’ ‘Saaho Game’ Launched On Independence Day

When Prabhas was asked about the same, he made it clear while talking to Mumbai Mirror, “Bahubali has set the bar high, but Saaho was a Rs 250 crore film, so I knew I couldn’t charge my usual remuneration. I started out with a 20 per cent cut. Then, the film went slightly over and though my friends were ready to pay up, I couldn’t take their money knowing they were putting in so much without thinking of what they’d earn.”

So, contrary to Rs 100 crore rumours, Prabhas is actually taking a pay cut of about 20 per cent for Saaho. The magnum opus also features Shraddha Kapoor as the female lead opposite him. Written and directed by Suheeth, Saaho was earlier supposed to hit the theatres on 15th August, is likely to release on August 30.