We can’t control our excitement to declare Priyanka Chopra and Nick Jonas the husband and wife. As the wedding ceremony is being held at Jodhpur’s Umaid Bhawan Palace. The soon to be bride and groom have shared the pictures of their Mehndi ceremony.

In addition, the bride is reported to have received an extravagant wedding gift from her mother in law, Denise Jonas aka Mama Jonas. According to Bombay Times, Jonas gifted her daughter in law Priyanka Chopra a pair of earing from luxury jewellers Van Cleef & Arpels. The earing costs whopping $79.5 K. 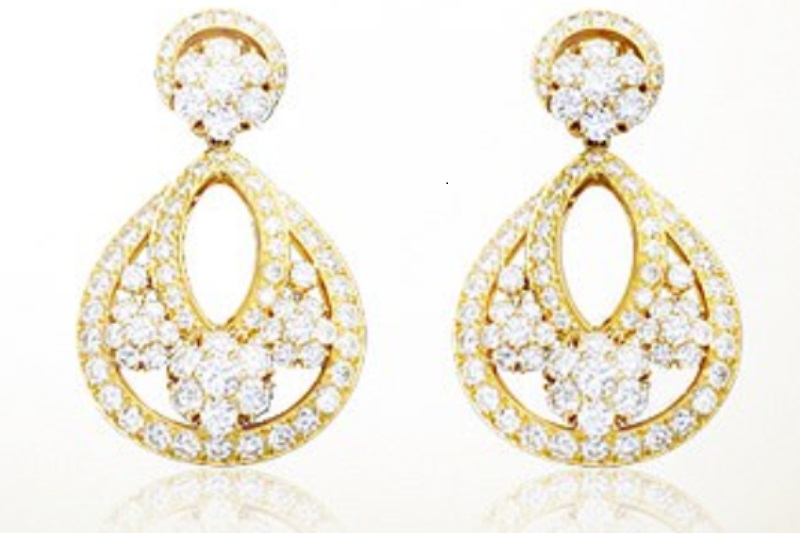 The design of Priyanka Chopra wearing is known as The Snowflake earning, which is reported to have made of gold and elaborated with diamond stones studded in them.

The cost listed on the jewellery website sells the earrings at a price about $79,500 a set, which translates approximately to Rs. 55.46 lakhs INR. The set of earrings weigh about 6.7 carats and holds 170 stones in it. Here is the picture of the earrings, reported Bombay Times.

One of the most special things that our relationship has given us is a merging of families who love and respect each other's faiths and cultures. And so planning our wedding with an amalgamation of both was so so amazing. An important part of the pre wedding rituals for the girl in an Indian wedding is the Mehendi. Once again we made it our own and it was an afternoon that kicked off the celebrations in the way we both dreamed. @nickjonas

Nickyanka will tie the knot in a traditional Hindu wedding ceremony on Sunday, at the Umaid Bhawan Palace in Jodhpur, Rajasthan. Besides this, two wedding receptions will be organised in Mumbai and Delhi respectively. Prime Minister Narendra Modi is expected to grace the reception.