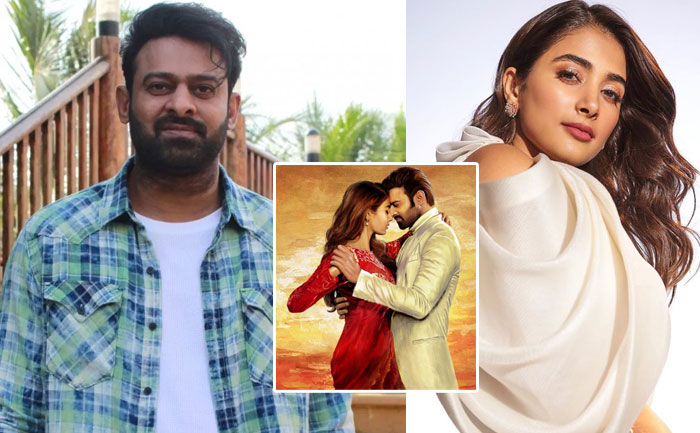 The makers of the much-awaited film ‘Prabhas 20‘ have shared the first look and the title of the upcoming release. The movie featuring Prabhas and Pooja Hegde is titled ‘Radhe Shyam’. The first look reveals it is an Intense Romantic drama. The announcement of the first look and title comes when Prabhas fans are celebrating five years of Baahubali.

Sharing the title and the poster, Rebel star Prabhas wrote, “This is for you, my fans! Hope you like it. #Prabhas20FirstLook #RadheShyam (sic).”

In the first look, Prabhas is looking dashing in a white suit while Pooja Hegde is resplendent in a red gown. The stunning backdrop adds to the vibe. Prabhas and Pooja Hegde are looking intensely in love.

Radhe Shyam is a period love story that is set in the backdrop of Europe. While Prabhas will essay the role of a fortune teller, Pooja Hegde is rumoured to play the role of a princess.

In March, the entire team including Prabhas, Pooja Hedge, Priyadarshi, and Bollywood actress Bhagyashree headed to Georgia to shoot important sequences for the film. But they had to return due to the COVID-19 Pandemic. On returning, the actors and technicians quarantined themselves for two weeks. The shooting of the film will resume once the things are back to normal post coronavirus pandemic.

Radhe Shyam is helmed by KK Radha Krishna and produced by Gopi Krishna in association with UV creations banner. It will be released in multiple languages including Telugu, Tamil, Hindi, and Malayalam. The film is expected to hit the screens in 2021.

Also Read: Official Title For Prabhas 20 To Be Announced In The Second Week Of June?

Vikas Dubey encounter: Dreaded UP gangster killed in a shootout