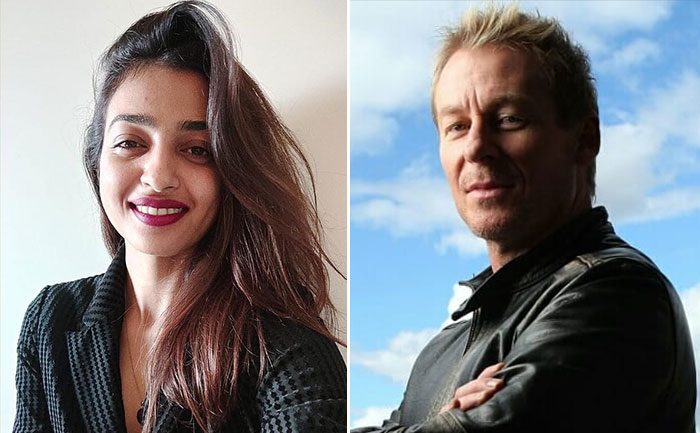 Radhika Apte is undoubtedly the queen of OTT platforms. After appearing in Netflix’s multiple web series or movies, Radhika Apte is all set to star in Apple’s OTT platform too. Yes, you read it right, as per the report in Deadline, the Sacred Games actress will feature in Apple’s international series titled ‘Shantaram’ alongside Richard Roxburgh and Charlie Hunnam.

Apple’s series Shantaram is based on Gregory David Roberts’ novel of the same name. As per the report, Radhika will be playing the role of an Indian journalist looking for answers. Whereas, Roxburgh will play a detective Sergeant Marty Nightingalem who works for the Australian Federal Police.

Most portions of Shantaram will be shot in India and Australia. The story of the series revolves around Lin (Hunnam), a man on the run from an Australian prison looking to get lost in the teeming city of Bombay. Cut off from family and friends by distance and fate, he finds a new life in the slums, bars and underworld of India.

As per the report, 6 million copies of the book has already been sold, which is published in 39 languages in 42 territories worldwide. The series will be shot extensively in India and Australia. The first two episodes of this 10 episode series to be directed by Justin Kurzel.

Sharing her excitement on social media, Bollywood actress Radhika Apte posted the news on her Instagram and expressed her happiness. Her fellow actor or fans expressed their happiness and congratulated her.

So excited to finally share this news!! #shantaram #kavita

Commenting on Radhika’s post, Kalki Koechlin wrote “Omg!!!!!!!!! Whoopee”, whereas Amruta Subhash wrote, “This is huge!! So proud of you”

Also Read: I Try Not To Make Choices By Coming Under Pressure Of What Others Are Doing: Radhika Apte