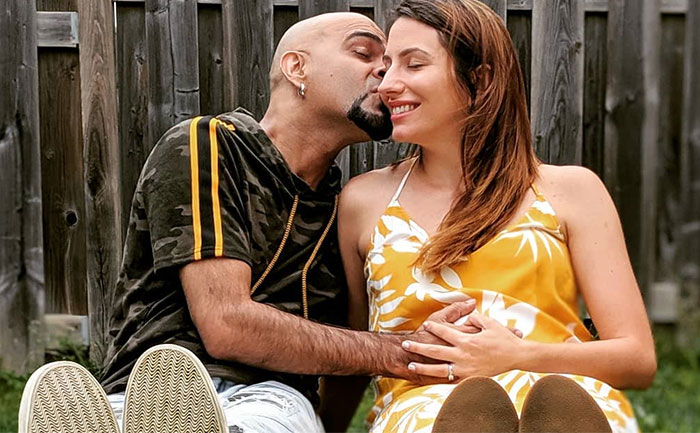 Informing their fans about the new born baby, Raghu Ram revealed that they have named their first child “Rhythm”. Revealing the reason behind the name, they said that they do not want his name to be associated with any religion.

The elated father seems to be relieved and informed his fans that both the new arrival and his wife are doing great.

He told Mumbai Mirror, “There are actually many emotions. We had been preparing for this for months. We learned more about pregnancy, childbirth and baby care, but none of it really prepares you for parenthood.”

Informing more about the pregnancy, Raghu said that his wife opted for a water birth with hypnobirthing techniques.

Speaking the name of their first baby, Raghu that it was important for them to “find a multi-cultural, multi-national and multilingual name to reflect our union, so we picked ‘Rhythm’. More importantly, it can’t be linked with any religion.”

When you see it… ❤️ #Waiting #Love #Family #FamilyPhotograph @nataliediluccio

According to reports, the couple have finally shifted to their name house soon after Natalie Di Luccio’s pregnancy and that she had prepared a beautiful nursery for the baby boy, “She decorated the nursery with beautiful quotations and messages from my friends on the walls. There are also cute little animals, clouds and stars in the room. It has a beautiful vibe,” he told Mumbai Mirror.

Talking about Raghu Ram, he is popularly known for hosting MTV India reality shows such as MTV Roadies, MTV Dropout Pvt Ltd and MTV Splitsvilla, all of which he produced. Besides hosting TV shows, Raghu Ram worked in multiple Hindi movies like Tees Maar Khan and Jhoota Hi Sahi.