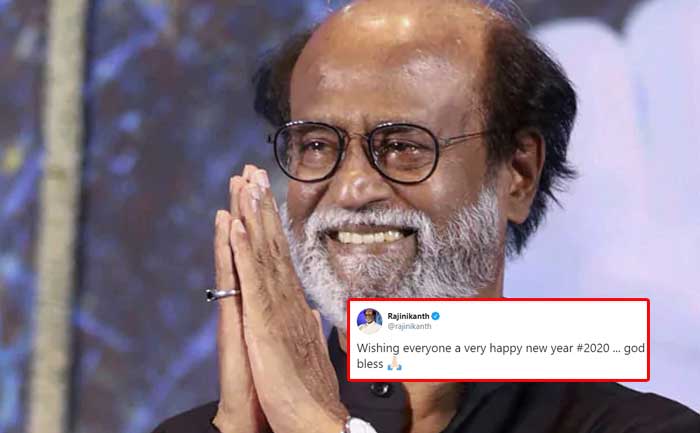 With AR Murugadoss’ directorial Darbar, Rajinikanth will begin his new year 2020. According to reports, Darbar will clash with Mahesh Babu’s Sarileru Neekevvaru and Allu Arjun’s Ala Vaikunthapurramloo, which are also releasing on the same date. Watch Darbar Trailer

The director of the film AR Murugadoss is despertely waiting for Darbar movie release date. The entire Darbar cast is currently on a promotional spree. During one of promotional interviews, Murugadoss opened up his experience of working with Thalaiva.

AR Murgadoss revealed how his ‘Sarkar’ actor Vijay had told him that a director’s life is fulfilled when they work with Superstar Rajinikanth. Happy New Year 2020: Wishes, Messages, Greetings

Notably, this is the first time AR Murugadoss has collaborated with Rajinikanth for ‘Darbar’, and the movie is slated for release on January 9. Apart from Rajinikanth, the film also features Nayanthara, Suniel Shetty, Prateik Babbar, Dilip Tahil, Nivetha Thomas, Yogi Babu, Thambi Ramaiah, Sriman, Jatin Sarna, Nawab Shah, and others.

Treating Rajinikanth’s fans, director AR Murugadoss had recently released a glimpse of Dumm Dumm song. In Dumm Dumm song, leading actress Nayanthara can be seen doing small movements in the foreground, while Rajinikanth can be seen shaking legs gracefully at the background.

Besides Darbar, there are several reports claiming that Rajinikanth’s next film titled Thalaivar 168, will be released in October 2020. Currently, the makers are shooting the film at Hyderabad Ramoji Film City. Top actor Khushbu has recently joined the sets to shoot her portion of the film. Directed by Siruthai Siva, the film is being bankrolled by Sun Pictures.