Raksha Bandhan 2019: Date,Time, Significance and Legends behind the festival

Raksha Bandhan is a celebration of a special bond shared by brothers and sisters on this festive occasion. 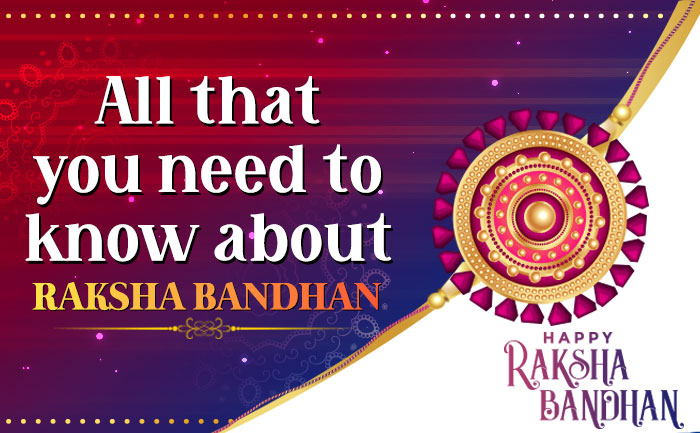 India is a land of Festivals and one of the most popular festivals that celebrate the bond shared by Brothers and Sisters is Raksha Bandhan. The popular festival is celebrated across the nation. It falls on a full moon day in the month of Shravan (Shravana Poornima). It also coincides with Upa-Karma(changing the sacred thread for the brahmins, Avani Avittom in South India). Brahmins change their sacred thread (janoi) on this day and dedicate themselves once again to the study of the scriptures. Farmers celebrate it as ‘Kajri Purnima’ and sow wheat in their fields on this day. In the coastal region, it is celebrated as Narayali Purnima. The day is devoted to God Indra and God Varuna.

Raksha Bandhan 2019: Here’s everything you should know about Rakhi

This year Raksha Bandhan will take place on 15th August 2019. The year 2019 is special as this year the whole day is considered auspicious to tie Rakhi. The timing will start from the morning at 5.49 am to the evening at 6.1 pm. The best time to tie rakhi is from 6 am to 7.30 am and the second auspicious muhurta is from 10.30 am to 3 pm in the afternoon.

The festival is made up of two words, namely “Raksha” and “Bandhan.” As per the Sanskrit terminology, the occasion means “the tie or knot of protection” where “Raksha” stands for the protection and “Bandhan” signifies the verb to tie. It is a bond between brother and sister through which they share their love for each other. The festival of Raksha Bandhan is observed as a symbol of duty between brothers and sisters. The occasion is meant to celebrate any type of brother-sister relationship between men and women who may not be biologically related. 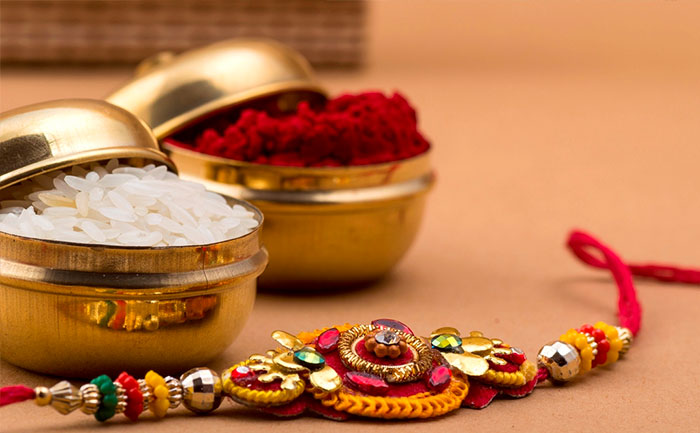 Raksha Bandhan has a deep-rooted historical and mythological significance.

As per a mythological legend, On every Shravana Purnima day, goddess Yamuna used to tie a sacred thread on Yama’s (God of death) wrist. Yama was so touched by this custom that he declared, whoever got a rakhi tied from his sister would become immortal. From that day the traditional has been performed by the people.

Another legend is related to the Mahabharata. Once Lord Krishna was hurt while battling king Shishupal and left with a bleeding finger. At that moment, Draupadi had torn a piece of cloth and tied around his wrist to stop bleeding. Krishna was touched by her gesture and promised to come to her protection and help whenever she needs that. As per another mythological legend, Lord Vishnu won over the three worlds from Demon Bali. But the demon asked him for a boon as per which the Lord had to stay with him. The lord accepted and started living with him. Vishnu’s wife Lakshmi tied a rakhi to the demon king and when he asked her what she wants as a gift. The Goddess requested him to free her husband so that he can return with her to Vaikuntha. The demon king accepted and Lord Vishnu returned to his abode.

Lord Ganesh sons Shubh and Labh wanted a sister. They asked their father for a sister who decided to give them one on the intervention of Narada. Lord Ganesha created Santoshi Maa through divine flames and his sons finally got a sister.

How Raksha Bandhan is celebrated in India? Raksha Bandhan means knot of protection. On this day a sister ties a colourful thread on her brother’s wrist praying for his longevity and prosperous future. The brother in return pledges to protect his sister and guide her through thick and thin. They also exchange sweets and gifts. Those who live far away in distant lands send rakhi’s to their brothers through a post on this special day.

Here’s how Raksha Bandhan celebrated in different parts of India: 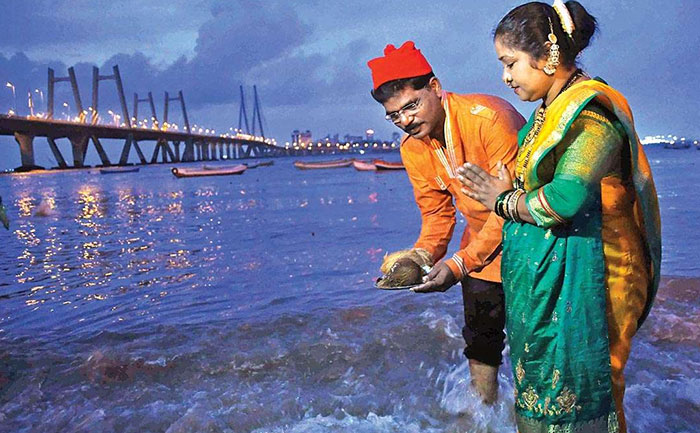 In the coastal region of Maharashtra, the day is celebrated as Narali Purnima. It marks the beginning of the Fishing season and the fishermen pay obeisance to Lord Indra and Varuna by offering coconut to the sea. They also pray for their protection in high seas.

In Gujarat, people not only tie rakhis but also offer water to Lord Shiva. It is a belief that the one who does so will be forgiven for their sins.

In Rajasthan sisters not only tie a rakhi to their brothers but also a rakhi called Lumba is tied to the bangle of their brother’s wife. As the wife is considered as the better half the ritual is considered incompleted until they do so. 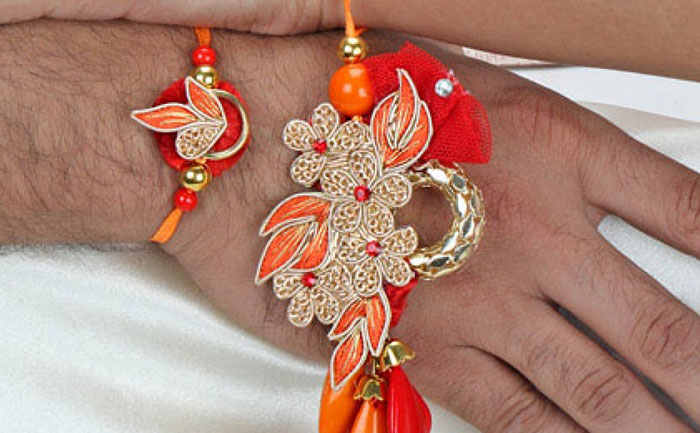 In West Bengal, the idols of Radha and Krishna are made to sit on a swing also known as Jhoola. The jhoola is decorated with flowers. 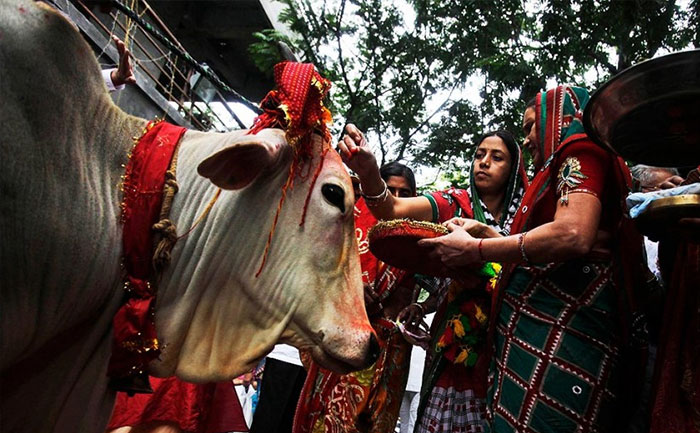 In Odisha, Raksha Bandhan is also celebrated as Gamha Poornima. They decorate the cows and bullocks and worship them. The dish of the day is pitha that is made from rice paste and coconut fillings.