Check Out The Shocking Pictures Of Celebs Which Made Their Fans Worry About Their Health Condition. Rana Daggunati, Sanjay Dutt, And Few Others Are In The List Movie actors are known for shelling out major inspiration for their fans, with the way they lead their life on silver screens as well as off screens. Celebrities up-side-down phases of their lives before becoming big names in the industry. B-townies are often seen sporting different looks due to their upcoming projects. However, there have been instances when celebs had shocked their fans, as they were spotted in a totally shocking looks that had made their fans worry about their health conditions and personal lives. Here, we take a look at the shocking viral pictures of Rana Daggubati, Sanjay Dutt and few others, when they appearance shocked their fans.

These Celebs Pictures Made Their Fans Worry About Their Health Condition:

The ‘Dhoom’ fame, Uday Chopra is among the list of Bollywood actors to give us major fitness goals with his appearances in the films. However, when he made a public appearance in his changed look netizens couldn’t recognise him at first glance. 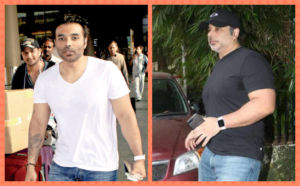 Rana Daggubati has garnered a huge fame after the success of ‘Baahubali’. In this film he was seen sporting a beefed up look, however, netizens were shocked when he had come to his normal size. He had posted a picture on his Instagram, which attracted a lot of negative comments. His fans commented on the post asking about his health condition. He soon managed to gain little more weight to look healthy enough for his fans. 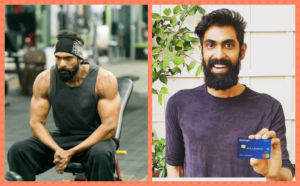 Baba was once spotted at the airport, when one of the crew member clicked a picture with him. He looked absolutely sick and the picture had went viral on the interview. Few months after he made public appearance looking healthy as earlier. 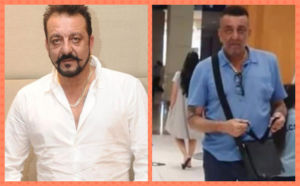 Its been a while since Imran Khan didn’t appeared in Bollywood films. The actor was in headlines for all the wrongs reasons such as his estranged relationship with wife, Avantika Malik Khan. When he was spotted outside his gym, shutterbugs where shocked to see him with a shocking transformation. 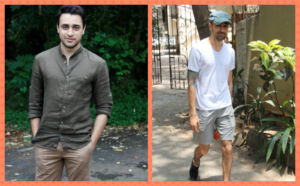 The legendary actor of Bollywood, Rajesh Khanna was among the list of celebs to always look cheerful and healthy. He was known for inspiring millions of his fans to live a happy and simplified life. However, his fans were worried for him, when he was spotted with lost pounds few years back. 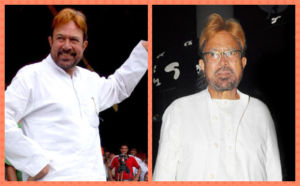 For all the news and gossips, stay hooked on to The Live Mirror.