“Truth Will Prevail”: Rhea Chakraborty Defends Herself In Tearful Video 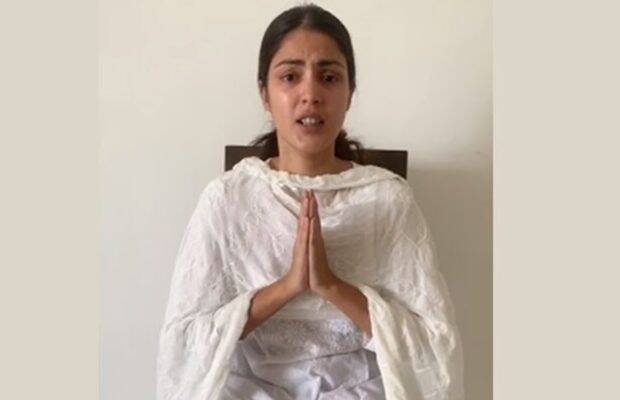 Rhea Chakraborty, who has been accused by Sushant Singh Rajput’s father of cheating and harassment, has defended herself in a tearful video. The actor broke her silence in the video which was shared by her lawyers. Earlier, Sushant Singh Rajput’s father had filed an FIR against Rhea Chakraborty. He accused her of transferring money from his account and also mentally harassing him. These allegations are now being investigated by the Bihar police.

“I have immense faith in god and the judiciary. I believe that I will get justice. Even though a lot of horrible things are being said about me on the electronic media, I refrain from commenting on the advice of my lawyers as the matter is sub-judice,” Rhea Chakraborty said in the video with her hands folded and her face tear-streaked.

“Satyameva jayate, the truth shall prevail,” she added.

This is the first public response of the actor which was released by her lawyer Satish Maneshinde. Rhea Chakraborty was among the 40 people questioned by the Mumbai police in connection to the Sushant Singh Rajput case. Moreover, the police are also looking into claims that Sushant was suffering from depression and was pushed to take the drastic step due to professional rivalries.

The Bihar police have also started a parallel investigation after the actor’s family filed a case in Patna. This investigation is focused on charges that money was transferred from Sushant Singh Rajput’s bank account. The Enforcement Directorate, which investigates financial crimes, has also stepped in. The agency filed a money-laundering case today over what it called “suspicious transactions” worth Rs 15 crore.