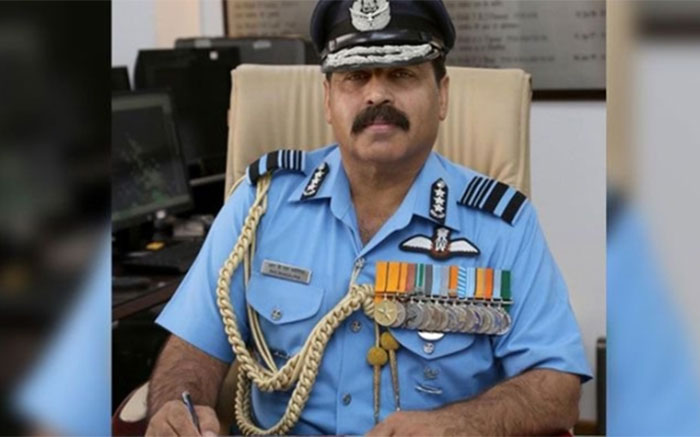 The Chief of the Air Staff, Air Chief Marshal RKS Bhadauria interacted & briefed the media at curtain-raiser on the occasion of 87th anniversary of Indian Air Force at New Delhi.

Bhadauria has hailed the February 26 attack on Balakot terror camps in Pakistan. Elaborating on the Balakot strikes, the air chief said, “Air Force has achieved many important milestones in the last year including 26th February when we successfully targeted terror camps in Balakot. On 27th February in the aerial battle after attack by Pakistan, Indian Air Force lost one MiG-21 and Pakistan lost one F-16.”

The IAF played a video of the Balakot strikes before the press conference. ANI has shared it on their twitter handle:

Speaking on the future possibility of Balakot-like strike, Bhadauria said, “If there is a terror strike (from Pakistan), it will be responded as per the government decision on it.”

An alumnus of the National Defence Academy, Pune, Bhadauria has clocked over 4,250 hours of flying and has flown 26 different types of fighter jets during his lifetime. During his 39-year-long career, RKS Bhadauria has been awarded several medals too.