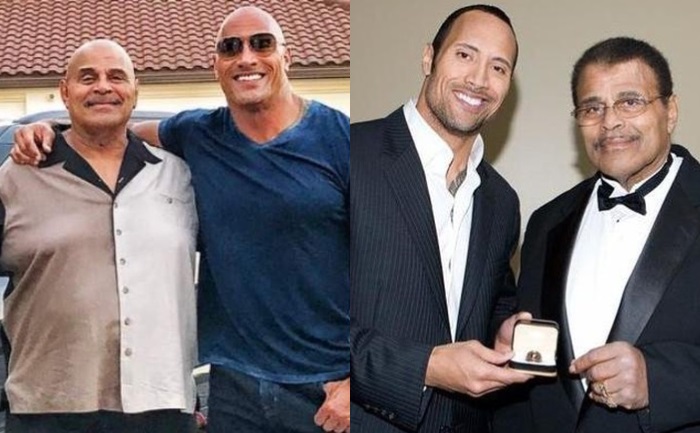 Hollywood superstar Dwayne ‘The Rock’ Johnson has lost his father Rocky Johnson. The WWE Legend Rocky Johnson passed away at the age of 75. Dwayne had adopted ‘the Rock’ moniker from his legendary father. The tragic news was confirmed by WWE. The reason for his death is not known as yet.

WWE confirmed the tragic news on social media on Thursday. They wrote, “WWE is saddened to learn that Rocky ‘Soul Man’ Johnson (born Wayde Douglas Bowles), a WWE Hall of Famer, former World Tag Team Champion, and father of Dwayne ‘The Rock’ Johnson, has passed away at age 75.”

A biopic on Johnson‘s life, titled #RingKing, is in the works

Johnson began wrestling in 1964 and soon went on to be a top star in the territorial wrestling days. He returned to WWF in 1982 and teamed up with Tony Atlas as The Soul Patrol. The duo defeated The Wild Samoans in a no disqualification match on Nov. 15, 1983, to win the WWF tag team championship. Atlas and Johnson became the first African American tag team to hold the prestigious titles.

Johnson retired in 1991 but worked with fellow WWE Hall of Famer Pat Patterson to train his son Dwayne Johnson. The Rock went on to become a massive force in Hollywood and was the man to induct his father into the WWE Hall of Fame in 2008.

Friends and Fans offered their condolences on social media.

The National Wrestling Alliance is saddened to hear of the passing of Rocky Johnson.

His legacy stretches across every promotion. He was a champion everywhere he went including holding the NWA Georgia Championship.

Our thoughts and prayers are with his entire family. pic.twitter.com/KTqHZns6Hb

I am so sorry to hear of the passing of the great Rocky Johnson. Always a gentleman, I always enjoyed talking with him. My deepest condolences to his family, friends, and the fans who loved him. A very sad day for wrestling.#RIPRockyJohnson pic.twitter.com/4agKbOzAry

Former professional wrestler Brian Blair, told The Associated Press on Wednesday that Rocky had complained of an unspecified illness of late and had missed church that he attended. He further added that Rocky’s wife, Sheila, was distraught over her husband’s death. Dwayne has not yet taken to social media or made a statement about his father’s death.