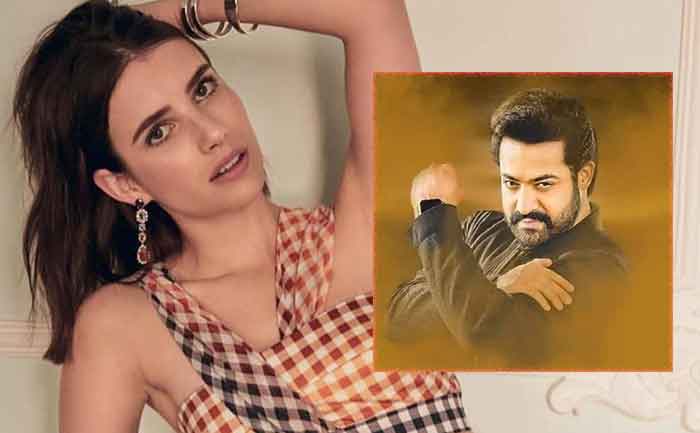 The director of RRR starring Ram Charan and Jr NTR, SS Rajamouli seems to have found a capable replacement for the British actress Daisy Edgar Jones, who walked out the film. If the report is anything to by, Hollywood actress Emma Roberts will be seen romancing Jr NTR in RRR. Notably, RRR, which is made on a budget of Rs 350 to 400 crore, is one of the much-awaited movies of 2020.

The first and second scheduled of SS Rajamouli’s RRR has already completed. However, due to Ram Charan’s ankle injury, the shooting of the RRR is put on hold. The film has been in the news ever since it was announced as it will showcase the grandeur set up like Baahubali.

The news of Hollywood star Emma Roberts being cast as a leading actress of RRR comes at a time when Rajamouli is in Washington. According to reports, Rajamouli will conduct Emma’s look test in the US and if everything falls into place, the Hollywood star will romance Jr NTR in the much-anticipated film.

“At last came the golden month of the wild folk…” -Samuel Scoville Jr. 🧡

However, there has been no official announcement from the makers or the actress as of now. Taking to Twitter, on July 4, he revealed that SS Rajamouli is in Washinton for some personal work. He tweeted, “Friends, I have come to Washington on personal work. Not for TANA convention. I might not even attend peddanna’s musical show. I do not want people to expect me at the convention and get disappointed. Hence the clarificarion.”

Friends, I have come to Washington on a personal work. Not for TANA convention. I might not even attend peddanna's musical show. I do not want people to expect me at the convention and get disappointed. Hence the clarificarion.

Apart from Ram Charan and Jr NTR, RRR stars Alia Bhatt and Ajay Devgn in supporting roles. The magnum opus is all set to hit the theatres worldwide on July 30, 2020, in almost ten Indian languages simultaneously.