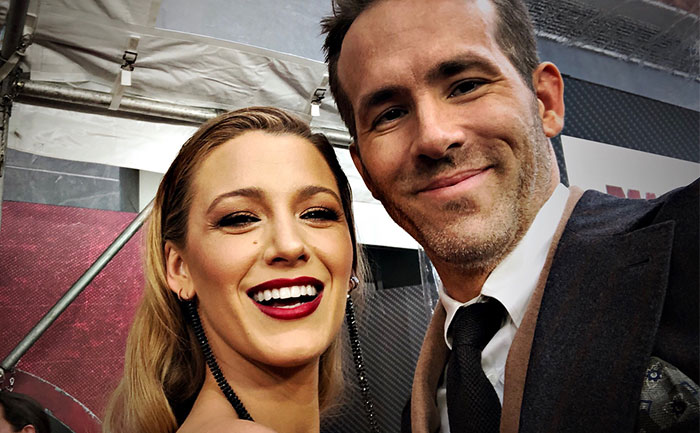 Ryan Reynolds and Blake Lively welcome their third child. The baby is two months old. The couple is a family of five now. It is yet to be confirmed whether the baby is a boy or a girl. During the premiere of Pokemon Detective Pikachu  in May, the couple announced the news that they were expecting.

At the red carpet, Blake Lively’s growing belly was visible in the yellow dress. Blake Lively welcomed the child over a month ago. Reportedly, Lively gave birth to the third child this summer. The couple already have two daughters; James Reynolds and Inez Reynolds.

Blake didn’t announce her pregnancy until she attended the premiere of Pokemon Detective Pikachu on red carpet with her husband Ryan. Lively shocked her fans with her baby bump. The caption read on her Instagram account as, “PokeMOM…. Out now.”

It wasn’t just Blake Lively, Ryan Reynolds also posted photos of Lively from her pregnancy on his Instagram handle. He gave a birthday tribute to her in the month of August. The married couple looked very much in love in the photos.The actor wrote, “Happy Birthday, @blakelively.”

Ryan Reynolds never let the media know of Blake’s pregnancy or any baby news even when he attended the show Good Morning America on Thursday morning. “My daughter James is losing her mind over it. She’s never been interested in a movie I’ve done, ever.”  He said.

The 31 year old actress welcomed her new born baby. The couple hasn’t announced the name of the baby yet.