Home > Entertainment > Sacred Games 2: What do the title of each episode means? Explained

Sacred Games 2: What do the title of each episode means? Explained The second season of Netflix’s web series Sacred Games is dense with references to mythology. But this time around, lead writer Varun Grover and his team have drawn not only from Hindu mythology but epics from all over the world. In this article, we have explained the meaning of each episode of Sacred Games 2. Yes,  after reading this article, you will get to know what Matsya, Siduri, Apasmara, Bardo and other episodes of Sacred Games season 2 means? Tamilrockers 2019: Sacred Games 2 Full Season Leaked Online To Download

Here are what do the titles of the episode of Sacred Games 2 mean?

Matsya is the fish avatar in the ten primary avatars of Hindu god Vishnu. Matsya is described as a saviour character, who is said to have rescued Manu and earthly existence from a great deluge. He later merges with the identity of Brahma.

The episode has many visual references to fish – it begins with Ganesh Gaitonde lost at sea, eating a fried fish. Later in the season, Gaitonde himself describes himself as Brahma in a drug-induced trance. Guruji in one of his sermons also talks about how humanity has evolved from fish. 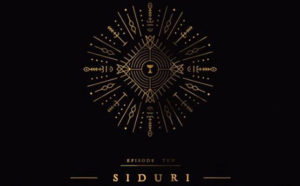 Siduri is named after a character in the ancient poem Epic of Gilgamesh. She is an ‘alewife’ and is a female god, associated with fermentation. In the poem, Gilgamesh meets Siduri, who believes him to be a murderer and urges him to choose a different path in life.

In the episode, Kalki Koechlin’s character quotes directly from the Epic of Gilgamesh. Parallels can be drawn between Gilgamesh’s quest and Gaitonde’s character arc in season two. Both Kalki’s character, Batya Abelman, and Sartaj Singh’s father, Dilbagh, lure the two towards the teachings of Guruji – as if they are channelling Siduri. 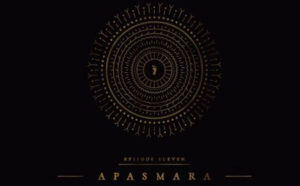 According to Hindu mythology, Apasmara was a dwarf who represented ignorance and epilepsy. He was also immortal which gave him the power to persevere all the knowledge in the world. To kill Apasmara would mean that knowledge could be attained without the dedication and hard work.

In episode three of Sacred Games, Saraj is tasked with tracing how Shahid Khan’s (Ranvir Shorey) nuclear consignment was delivered to India. 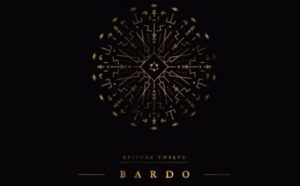 In Buddhism, Bardo is the state between death and rebirth. The phrase can also be used to describe the state of existence between two lives on earth.

In episode four of Sacred Games, in Gaitonde’s timeline, he is growing increasingly unhappy with his life, bringing him closer to Guruji (Pankaj Tripathi).

Vikarna is the third Kaurava, the son of Dhritarashtra and Gandhari and a brother to the crown prince Duryodhana. Kaurava is the term given to descendants of the Kuru, the legendary king. Vikarna has two meanings, either ‘the one who is earless’ or ‘large-eared’. The two serpent meanings may say something about his character, he is either a good listener or someone who does not listen to others at all.

In episode five of Sacred Games, Sartaj’s team set up a trap for Shahid Khan, but Majid (Aamir Bashir) suspects a department member. Azrael is the name given to the Angel of Death in Islam and some Jewish traditions. In episode six Gaitonde returns to Mumbai to set Guruji’s plan in motion. 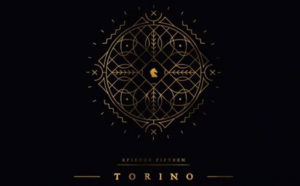 Turin, also known as Torino, is the capital city of the Piemonte region of northwestern Italy. The city is considered to be magical and is thought to be the place where black and white magic crossover.

In episode seven, Sartaj finally makes a breakthrough in the case. 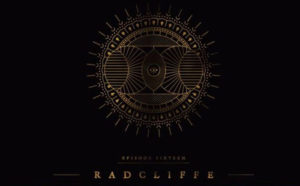 The episode name Radcliffe is named after The Radcliffe Line. The Radcliffe Line is the boundary demarcation line between Indian and Pakistani portions of the Punjab and Bengal provinces of British India. The line came into existence with the Partition of India in August 1947.

In episode eight of Sacred Games, Gaitonde and Shakid Khan prepare for doomsday in Mumbai.