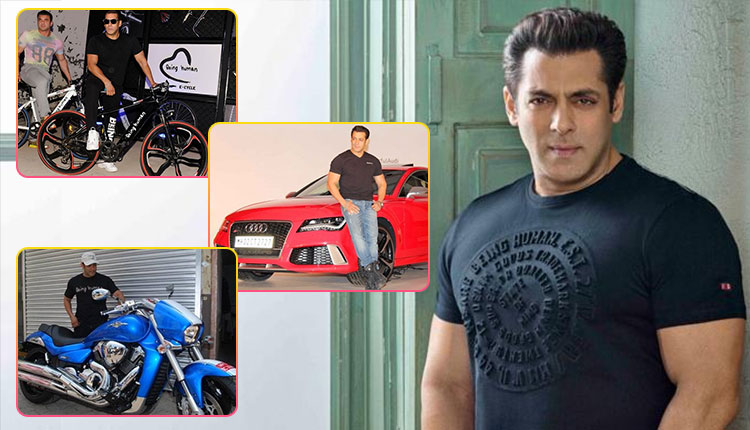 Superstar Salman Khan has a humongous fan following but not many know that the Dabangg Khan himself is a big fan of sports bikes and hi-end cars. The actor is often attending events or bashes in one of the cars from his collection. Some of his magnificent cars have been gifted to him by friends or through endorsements some he has splurged his money on. He is also a proud owner of one of the best vanity vans in Bollywood.

Check out some of his Sports cars and bike collection here:

Range Rovers seem to be a favorite of the Dabangg Khan as he has owned a number of older versions. But we are not sure which one he presently owns.

Salman Khan is a massive Mercedes-Benz fan. He has a previous generation W221 S-Class that was a facelift version with LED headlamps. He has also been seen driven around in the Mercedes-Benz GLE-AMG a gift from his bestie Shah Rukh Khan.

Salman Khan also owns a Lexus LX 470. The full-size SUV is a 2003 model that was based on Toyota’s Land Cruiser.

The German marque’s flagship sedan, the A8 L in Salman Khan’s possession is the previous-generation A8 but he does not use it very often. He reportedly bought the RS7 in India when it first made its debut in 2014.

Salman Khan owns a hi-end Suzuki Hayabusa that he is often seen driving around on.

Another favorite of the Bhai that showcases his love for bikes.

Salman Khan’s vanity van is designed as per his taste and comfort. It consists of a meeting room, a spacious rehearsal room, a bedroom, and some hi-tech gadgets.

Salman Khan loves cycling and we have seen Bhai many times riding in the city. He has also launched the Being Human e-cycles.

On the work front, Salman Khan will next be seen in Ali Abbas Zafar’s ‘Bharat’. The movie also features Katrina Kaif, Disha Patani and Jackie Shroff in pivotal roles.

Also Read: Salman Khan opens up on No-Kissing policy in his movies

Salman Khan opens up on No-Kissing policy in his movies

Star Wars Episode 9: The Rise of Skywalker teaser trailer out!