Samantha Akkineni might be a part of sequel to the hit web-series family man. 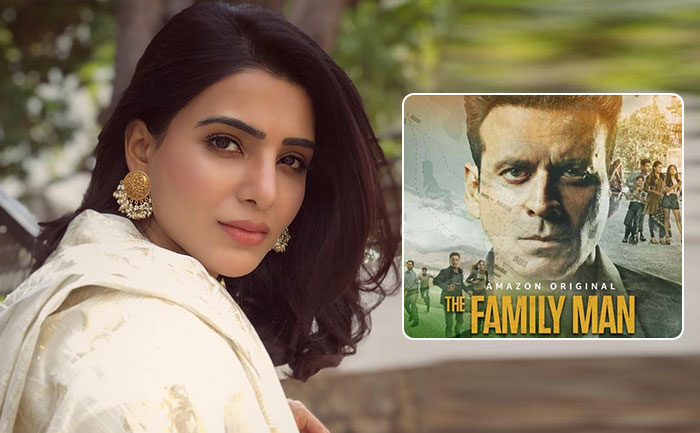 Actress Samantha Akkineni has recently delivered multiple blockbuster movies including her Telugu films Majili, Oh Baby and Tamil film Super Deluxe. The actress is currently on cloud nine as she has a plethora of movies or web series lined up for release.

According to a report in India Glitz, Samantha Akkineni will be playing a lead role in The Family Man 2. If the report is true, the sequel to Amazon Prime Video’s The Family Man will mark her digital debut.

Directed by Raj and DK, The Family Man is a spy thriller. In the first season, the web series featured Manoj Bajpayee in the lead role. It has been more than a week since the web series began streaming and it has already attracted the attention of the viewers. It is getting a wonderful, exciting response from the audience. The director’s work has been appreciated a lot. Here is a poster shared by the actor on his Instagram handle.

The beginning of the episodes are slow and dull but the show ends on an edge that makes the viewers excited all the more. The second season is much-awaited. The hype of the web series has gotten quite a lot of attention and now the viewers are eagerly awaiting for the second season.

In the first season, Manoj Bajpayee essays as an Indian agent who wants to stop a terrorist mission. The web series also stars  Priyamani, Neerakj Madhav, Kishore and Sundeep Kishan. Lately, Raj and DK announced for the sequel of The Family Man. For the sequel Manoj Bajpayee will again play the same role. However, an official confirmation from Samantha Akkineni is awaited.

Also Read: Samantha Akkineni To Take A Break From Film Industry For THIS Reason? Deets Inside