Samantha Akkineni wraps up fantasy period drama Shaakuntalam, thanks Gunasekhar for making her believe in fairytales Actress Samantha Akkineni has wrapped up shooting for the Telugu mythological drama ‘Shaakuntalam’. The actress took to Instagram to share the news with an emotional note. The Majili actress thanked director Guna Sekhar for “making my dream a reality”. She also thanked costume designer Neeta Lulla and co-star Dev Mohan. The actress thanked the crew of the film for making it a success.

“And it’s a wrap on Shaakuntalam !! This film will stay with me for the rest of my life. As a little girl I believed in fairy tales .. not much has changed. I still do …. and @gunasekhar1 sir my fairy godfather making my dream a reality. When he narrated this film to me I was immediately transported to a most beautiful world .. the world of Shaakuntalam.. a world like no other (sic),” wrote Samantha.

Shaakuntalam also marks the movie debut of actor Allu Arjun’s four-year-old daughter Allu Arha. It marks the entry of the Allu clan’s fourth generation into the Telugu film industry. Arha will be seen as Prince Bharat. The youngster wrapped the shoot a couple of days back and got a thank-you party from the makers. 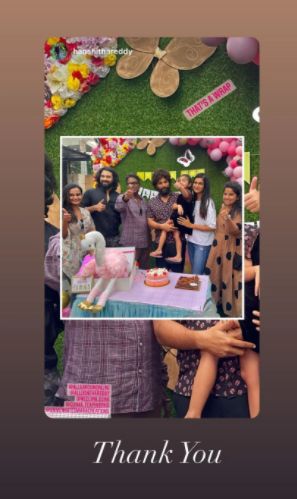 Directed by Gunasekhar, Shaakuntalam narrates the mythological tale of King Dushyanta and Shakuntala, daughter of sage Vishwamitra and apsara Menaka. The movie features Samantha Akkineni as Shakuntala and Malayalam actor Dev Mohan as Dushyanta. It is produced by Neelima Guna under the Gunaa Teamworks banner.

Sridevi Birth Anniversary: 5 Films Of Legendary Actress That Will Always Be Remembered

How to find job: 7 Smart ways to grab big opportunities to get paid well